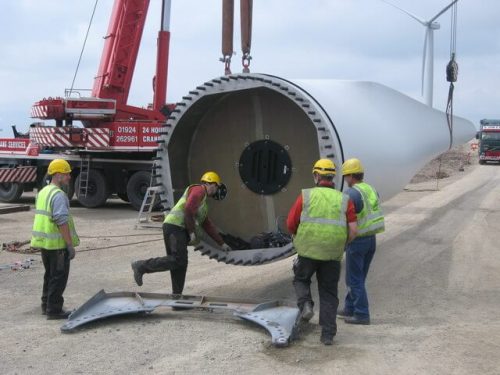 “Built by workers for workers,” the Climate Career Portal was created eight months after an Iron & Earth survey found that nearly 70% of Canadian fossil fuel workers wanted jobs in the climate solutions sector. The “first of its kind” platform is meant to help make that shift happen, the organization said in a release Tuesday.

“An essential online tool that helps fossil fuel workers chart clear pathways into climate careers,” the Climate Career Portal “is the only online career tool in Canada that serves as a one-stop shop” for fossil workers, the release said, giving searchers “all the information they need to switch to jobs in the net-zero economy,” whether these jobs are in the field or in the office.

“Canada’s fossil fuel workers have the technical skills, experience, and dedication to build the climate solutions our country needs to meet its net-zero by 2050 commitment,” Iron & Earth Executive Director Luisa Da Silva said in the release.

With consultations just transition legislation under way and the federal budget expected next month, “we’ll be looking for investments in reskilling and training workers,” Da Silva added.

Stephen Buhler, a journeyman machinist who worked on Alberta’s pipelines, was quoted in the release on his own experience of “aimlessly searching terms like ‘renewable energy’ every day,” only to find himself “wading through hundreds of job postings that were actually just oil and gas jobs.”

The portal is timely, writes Iron & Earth, with jobs in the fossil sector set to shrink by 0.5% every year, while clean energy employment grows 3.4% annually over the next decade. Canada’s renewable energy sector is projected to employ 559,400 Canadians by 2030.