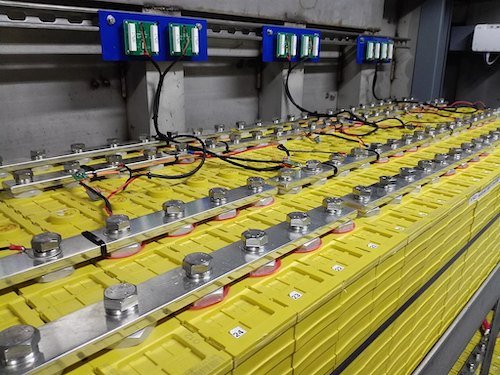 Canada’s first electric vehicle battery plant is coming to Windsor, Ontario, prompting the beleaguered auto sector to herald the news as a sign of better days ahead.

“This is huge for Windsor, the Canadian economy, and Canadian jobs,” Kingston said. As the auto industry goes through a significant shift to electrification, he added, “for Canada to secure an investment of this size and scale into battery manufacturing … indicates that we are a player in this transition.”

Built to supply lithium-ion batteries to Amsterdam-based automaker Stellantis NV at its North America EV factories, the new LG Energy battery plant is expected to create 2,500 new jobs in Windsor, with up to 10,000 more via ancillary sectors like the electronic components supply chain, research and development, and battery transportation.

A second LG / Stellantis battery manufacturing plant will be built in the United States, with the precise location to be made public shortly.

The agreement to build the EV plant in Windsor was brokered between Stellantis (product of a 2021 merger between Italian-American conglomerate Fiat Chrysler Automobiles and the French PSA Group), the South Korean battery manufacturer LG Energy Solution, and all three orders of government.

Windsor mayor Drew Dilkens earlier told CBC News that “the city would do everything in its power to make a smooth transition to the new plant, which is set to break ground later this year.” The city “kicked in a land assembly deal for the massive factory, money toward infrastructure development if needed, and a long-term tax grant,” the national broadcaster wrote.

But the arrival of those better days depends on what happens next, writes Globe and Mail climate columnist Adam Radwanski. The auto industry will thrive only if Canada can “leverage the big new investment to develop a full supply chain, from mining of critical battery components all the way through battery recycling.”

He adds that “governments have talked a lot about that but not yet developed a comprehensive, quickly actionable strategy around it.”

Positive signs include the “hustle” evident in the way that Ontario’s Doug Ford government (warming up belatedly to the economic potential of EVs) and Ottawa “seem to have been working together in lockstep” to pitch Windsor as the ideal place for a battery plant, with a skilled work force, a reliable supply chain, and “potential nearby access to critical minerals” being three selling points, Radwanski says.

But securing a domestic supply of such minerals “within a decade or so” will depend on “balancing environmental protections and regulatory expedience; on building strong partnerships with Indigenous communities; on figuring out how much to subsidize projects and promote domestic ownership.”

Calling the Windsor battery plant “game-changing”, Ford said the deal would catapult the province to the “forefront of the EV revolution.” While the premier remained tight-lipped about how much the plant would cost provincial taxpayers, federal MP Julie Dabrusin (L, Toronto-Danforth) briefly tweeted that Ottawa’s share was $500 million. “By mid-morning Thursday, the MP had deleted the tweet,” CBC says.

While politicians lauded the plant agreement as an important step toward Canada achieving its zero emissions goals, EVs constitute only 5% of vehicle sales in Canada, writes Radwanski. That means Ottawa must do more to boost EV demand, from purchase incentives to better charging infrastructure, to meet the Trudeau government’s pledge that 50% of all cars sold will be zero-emissions by 2030, 100% by 2035.

Those efforts will also have to navigate the reality that manufacturing zero-emission vehicles—from batteries that require mining of rare earth minerals, to frames that require smelting steel, to fossil fuel-based tires—is very far from emissions-free, Derek Coronado, coordinator of the Citizens Environmental Alliance of Southwestern Ontario, told CBC.