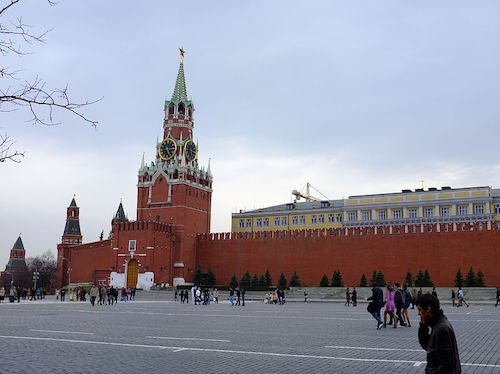 Set to be reviled in perpetuity by many Russians as an oligarch enabler, Anatoly Chubais—regarded by some as “the leading lobbyist for serious climate action in Russia,” and till very recently, a close confidante of President Vladimir Putin—is the most senior Kremlin official yet to resign citing Russia’s war in Ukraine.

Chubais, 66, appears to have fled the country, with ATM footage surfacing of him withdrawing money in Istanbul, writes the Washington Post.

Not sorry to see the back of Chubais will be all those who condemn him for his role in the mid-1990s “loans-for-shares” privatization deal that “spawned Russia’s class of ultrarich oligarchs,” the Post writes.

“Under the deal, a group of bankers loaned money to the government, picking up the jewels of Russian industry at throwaway prices in return.”

Last week, Chubais wrote an “oblique” Facebook post, ostensibly to commemorate the 2009 death of his colleague and fellow economist Yegor Gaidar. Chubais wrote he regretted not heeding Gaidar’s warning about Putin’s nostalgia for an imperialist Soviet Union. Gaidar described such nostalgia as a dangerous illusion, according to Bloomberg.

“It’s not difficult to convince society that a state that collapsed so suddenly can be just as quickly rebuilt,” wrote Gaidar in his 2006 book “Death of Empire.”

But a spokesperson for Russia’s opposition leader Alexei Navalny questioned the idea that Chubais quit out of political conviction, tweeting that he “left Russia solely to save his own skin and his own money.”

Chubais “was not a member of Putin’s dwindling inner circle of hard-line security and military chiefs, known as the siloviki, or men of power,” writes the Post. But the former longtime head of Rosnano—a state-owned tech firm long mired in charges of everything from mismanagement to outright corruption—continued to havePutin’s trust as late as the COP 26 climate summit last November.

In the leadup to the COP, the New Statesman described how, in 1996, Chubais “gave Vladimir Putin, then an out-of-work St Petersburg political adviser, his first big break by recommending him for a Kremlin job under the ailing Boris Yeltsin.”

“Widely thought to be intensely loyal to those who have helped him,” Putin had “kept Chubais close ever since.” The president created the post of special envoy on sustainable development for Chubais, in which capacity he attended COP 26, alongside official climate envoy Ruslan Edelgeriev.

Chubais was considered “the leading lobbyist for serious climate action in Russia,” reported the New Statesman, adding that though he had no policy-making power, Chubais enjoyed “access to, and the personal trust of, the president.”

“In Putin’s Russia, that can count for much more than formal office,” the October 2021 news story added. “If Putin continues to listen to those urging action—and Russia’s regular drumbeat of natural disasters continues—then Moscow may yet accelerate its climate commitments.”

And back then Russia did seem to be moving, uneasily and unwillingly, towards climate action, pushed in part by diplomatic pressure, but even more by its own direct experience of extreme weather events—from terrifying wildfires in Siberia, to torrential flooding on the Black Sea, to deadly heat waves in Moscow.

Even Putin’s own mindset on the climate crisis underwent a sea change, according to the New Statesman. Asked in June 2021 during his annual question-and-answer Direct Line session “Why has nature gone crazy?,” the president answered, “Many believe, with good reason, that this is connected primarily to human activity, to emissions of pollutants into the atmosphere.”

A surprising reply, given that as recently as 2019, Putin had publicly “dismissed the reality of anthropogenic climate change, even as his own government was drafting a bill to regulate Russia’s carbon emissions for the first time.

In early 2021, Putin ordered his government “to develop a plan for Russia to lower its emissions below those of the European Union by 2050.” Around the same time, the east Russian island of Sakhalin announced it hoped to “leverage its vast forests to become Russia’s first carbon neutral region.”

But these lofty decarbonization ambitions call for a “wholesale rewiring of Russia’s economy and society,” writes the New Statesman, and “the Kremlin’s climate realists will also run into substantial inertia from parts of a government that is still ideologically committed to, or financially dependent on, the idea of Russia as a fossil fuel superpower.”

Canada Pledges More Oil for Europe, but Fossil Industry May Not Deliver