Only a Handful of UK MPs Support Fracking in Their Constituencies, Poll Reveals 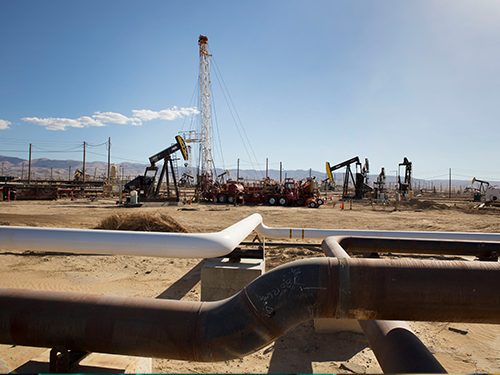 Fracking is proving a political hot potato for legislators in the United Kingdom, with only five of the 138 ministers who represent constituencies with fracking licences expressing support for the activity when the Guardian recently posed the question.

Forty-one members of parliament gave fracking the thumbs down—at least in their own backyards—while the remainder either declined to comment or did not reply, reports the Guardian, adding that supporting shale gas could prove particularly tricky for Conservative MPs in the so-called “red wall” or pro-Labour areas of the UK.

One such MP, Alexander Stafford, won the 2019 election in Rother Valley, South Yorkshire, a bastion for the Labour vote since 1918.

He told the Guardian he was “very much against” fracking in his area, adding: “It is yesterday’s technology and will not solve our cost problems. It will take far too long to roll out. We must wean ourselves off hydrocarbons—which leave us in hock to awful dictators like Putin, or at the mercy of fluctuating international energy prices.”

Even those representing Tory strongholds, like MP Mims Davies of Sussex, are lukewarm on fracking. Davies said the industry was a no-go zone without local support—which is lacking in her constituency, she stressed.

The Guardian’s fracking poll took place as Whitehall said it would revisit the controversial method of extracting oil and gas from shale rock, after lobbying by the Net Zero Scrutiny Group of around 20 climate-denying MPs.

But the odds of fracking going ahead in the UK are very low, thanks to “often successful” community campaigns against past efforts, the news story states.

Plus, the UK just doesn’t hold a winning hand from a geomorphological point of view.

“We have the wrong kind of geology, small geological basins rather than vast tracts of identical geology,” Durham University energy specialist Jon Gluyas told the Guardian. “We also have, to put it bluntly, the wrong kind of shale.”

The “right” kind of shale would be the “crispy” kind that permeates the Permian Basin in the United States, not the soft clays of UK shale which will not “support fractures well,” explains the Guardian.

With geological downsides abounding, “a firm figure for how much gas could be produced by fracking is unknown, and scores of wells would need to be drilled to find out.”

As things currently stand, best estimates indicate that UK shale might yield “about five years’ worth” of gas, a figure far short of the 50-year industry prediction.