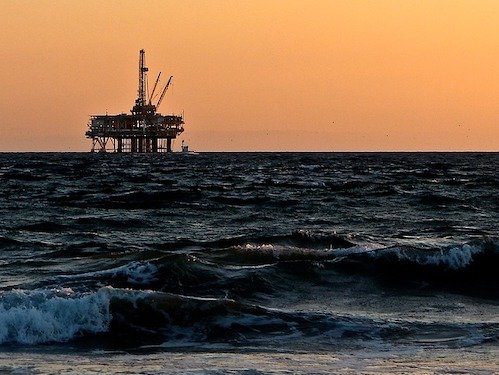 A group of civil organizations has called on Ottawa to reject the Bay du Nord offshore oil venture in Newfoundland and Labrador, recalling the province’s gutted cod fishing business as a lesson on the long-term impacts of environmental devastation.

“To have some chance of climate stability for our kids, the global community has to wind down fossil fuel production and use. We’ve got to stop exploring for it, extracting it, consuming it,” Dr. Angela Carter, an environmental politics professor at the University of Waterloo and member of Newfoundland’s Net-Zero Advisory Council, told a virtual Bay du Nord briefing held on March 22, World Water Day.

Continuing to expand oil and gas production, she added, commits future generations to a lifetime of extreme storms, erosion, and flooding, “all in a world of intensifying human suffering.”

Norwegian state fossil Equinor, the company behind the Bay du Nord development, says the project will bring 11,000 person years of employment to the province and support its oil-reliant economy. But those opposing the project—including political leaders and 200 Canadian and international environmental and citizens groups—say drilling in that area threatens the surrounding ecosystem, and would set Canada back on its climate targets. A final decision to approve or reject the project was scheduled for March 6, but Environment and Climate Minister Steven Guilbeault announced a 40-day delay at the last minute, pushing the verdict to April 13.

A major point of contention regarding the project is a crucial but “fatally flawed” environmental impact assessment, said Gretchen Fitzgerald national programs director at the Sierra Club Canada Foundation.

Fitzgerald said the assessment does not show that the project was given the “deep and adequate scrutiny” it warrants, and “completely ignores the global consequences of burning the fuel intended to be extracted.” She added the assessment process deliberately downplayed three areas, including the risk of a spill, the risk to sea corals and deep-sea life, and the risk to marine mammals in the areas.

“I expect that there are heavy debates from vested interests who want to say yes to more oil and gas no matter what, and from those inside governments who recognize that, at this moment in history, it would be a huge mistake,” she said.

Fitzgerald added that Indigenous communities who were consulted as part of the project raised many concerns, and some voiced opposition.

With Ottawa’s ongoing internal debate on Bay du Nord, speakers at the briefing recalled past events that support rejecting the project. Newfoundland and Labrador’s 1992 cod moratorium, for instance, came after an “environmental devastation that had far-reaching, long-term economic impacts that we are still paying for today,” said Kerri Claire Neil, co-chair of the Social Justice Cooperative of Newfoundland and Labrador.

Like the current business of oil production, the fishing industry was dominated by large multinationals that could use technology to extract huge amounts of cod at the environment’s expense. While the corporations profited, “it was the people of this province who paid the costs, and we’re continuing to pay that cost,” Claire Neil said.

Residents resisted regulating cod fisheries for fear of losing their economic base, but the fisheries eventually reached a breaking point and were shut down. “30,000 people lost their jobs overnight,” Claire Neil recalled, adding that she hoped people had learned from the cod moratorium to question who really benefits from resource exploitation, and to realize that short-term benefits come with long-term costs.

Newfoundland has received some royalties from oil companies, but oil drilling has led to “unstable government funding” that in turn has led to crippling debt, Claire Neil added.

Stand.earth’s Berman dismissed the contention that Canada should approve Bay du Nord to compete with other countries’ ongoing oil development. Noting that Canada’s leadership in the past has driven international advancements like banning of CFCs in the Montreal Protocol and prohibiting landmines through the Ottawa Treaty, Berman said the country can help lead the transition away from fossils.

“This is a moment in history that requires candidates to show that leadership again.”