‘Not That Hard to Grasp’: UK Could Eliminate Need for Russian Gas with Insulation, Heat Pumps, Renewables 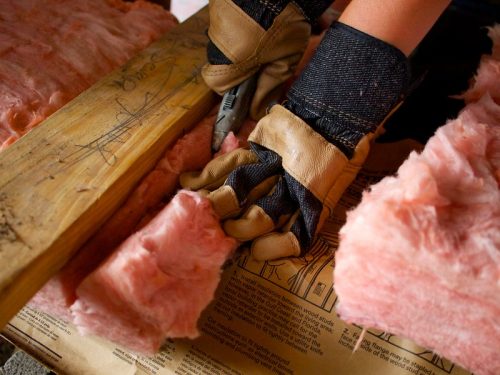 The United Kingdom could eliminate all need for imported Russian gas this year and cut average home heating costs by £150 by embracing insulation and heat pumps, encouraging consumers to change their energy habits, and relying more on renewable energy, the E3G climate consultancy concludes in an analysis released last week.

Efficiency measures alone would cut imports by 80% while putting money back in home energy users’ pockets, the Guardian reports. The other 20% come from new wind and solar generation.

“The UK government must act now to permanently convert fossil gas dependency and profits into reduced living costs for all,” added E3G Programme Leader Pedro Guertler. “The government has the tools to make big gains on security through energy efficiency measures for households this year.”

“Many people are unaware of the savings they could make in energy use through small changes that make no difference to their comfort but can cut bills substantially,” the Guardian says. Those changes include adjusting the flow temperature on condensing boilers, adding insulation, and turning thermostats down to a comfortable 18 to 21°C, rather than the 22° or above in many households.

“The shift can be accomplished using existing policies and mechanisms, if they were pursued more thoroughly,” the news story states. Four government initiatives are expected to spend a combined £3.4 billion over the next three years to help insulate homes and public buildings, E3G found. And a £1.8-billion infusion to one of the programs, which supports heat pumps and energy efficiency for low-income households, would cover 120,000 to 180,000 of the country’s coldest homes.

Home insulation and heating controls installed over the last decade are already saving six million British households about £194 per year, while cutting gas demand by 20%, the UK’s Energy & Climate Intelligence Unit said in a release last week. That adds up to savings of nearly £1.2 billion this year, and more than £2 billion in future years if skyrocketing gas prices continue to climb.

Insulation programs “cut the energy being wasted from leaky rooves and walls, cut the amount of gas we need to keep warm and so bring down bills, and they do all that permanently. Why are we not talking about this more?” said ECIU analyst Jess Ralston. “If we want to increase security of supply and reduce bills at the same time, the only answer is to use less gas. That means insulation. It’s really not that hard to grasp.”

But the UK government isn’t sounding terribly keen to put efficiency or renewables at the centre of its plans.

“There will continue to be ongoing demand for oil and gas over the coming decades while we transition to low-carbon energy,” a spokesperson said, in response to call last week for more funding for home insulation and heat pumps.  “We will continue to explore all options to maintain security of supply during this transition and will shortly set out our energy security strategy to supercharge our renewable energy and nuclear capacity as well as supporting our North Sea oil and gas industry.”