No Relief in Sight from Record-Shattering Megadrought in Western U.S. 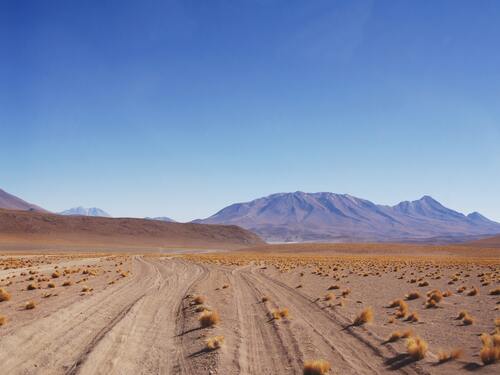 There’s no relief in sight from a record-shattering megadrought in the western United States that will likely only deepen this spring, the U.S. National Oceanic and Atmospheric Administration (NOAA) said in its seasonal outlook Thursday. But central and eastern states should be mostly spared from significant flooding.

Spring is likely to be hotter than normal in most states and drier as well for much of the West, The Associated Press reports, citing NOAA meteorologists. They said the high heat and drought will fuel each other as the lack of rain makes it hotter, intensifying dry conditions.

NOAA predicts all of the Lower 48 states will be warmer than normal in April, May, and June except Washington, Oregon, Montana, North Dakota, and much of Idaho. Only an area around the Great Lakes down to Kentucky is forecast to be wetter than normal. Worsening allergies are expected in the areas that will be hot and wet.

“Drought has increased, especially in the West as it has warmed,” said Deke Arndt, NOAA’s chief climate monitoring scientist. “The reason the West is warming is climate change, especially over the multiple decade time frame.”

Already, 60% of the nation is in some form of drought, the largest drought coverage since 2013, said Jon Gottschalck, head of forecast operations at NOAA’s Climate Prediction Center. He said conditions are likely to get worse in many of those areas and could set the stage for more heat waves.

La Niña, a natural periodic cooling of the central Pacific that affects climate worldwide, is a huge factor in the spring outlook, Gottschalck said.

In California, especially the Central Valley, three-year rain and snow levels will soon reach the lowest on record since 1922, said Brett Whitin, a hydrologist at NOAA’s California Nevada River Forecast Center. California has 1.5 million acre feet less water available than it did this time last year, and he said the only hope is for heavy December snow to make up for some of the shortfall.

“It does make for some very difficult (crop) producer decisions as what to continue to grow and what to keep alive,” Brad Rippey, a U.S. Department of Agriculture meteorologist, told media.

The more than 20-year megadrought gripping the West is the worst in 1,200 years and is stoked by human-caused climate change from the burning of coal, oil, and natural gas, AP writes. Worsening drought also sets the stage for more dangerous wildfires in summer, said Brad Pugh, a drought meteorologist with the NOAA’s Climate Prediction Center.

In the central part of the country, spring often brings flooding worries. But this year, the flooding risk is minor for much of the Mississippi River valley and Tennessee Valley.

Major flooding and significant damage might affect about 500,000 people, far fewer than in most years. Above-average precipitation and other factors increased flood risk near the Red River that divides North Dakota and Minnesota and flows into Manitoba, NOAA said.

This Associated Press story was originally republished by The Canadian Press on March 17.