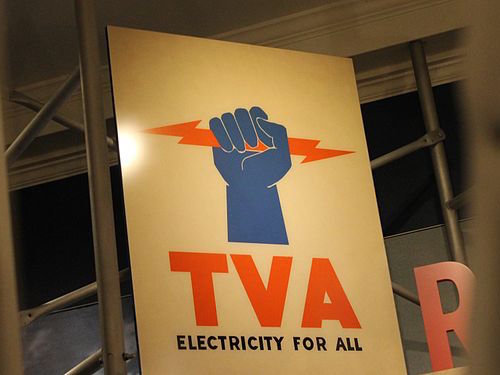 America’s biggest federally-owned utility, still under the influence of a Trump-appointed board of directors, is facing a federal investigation after announcing plans to spend more than US$3.5 billion on new gas-fired power plants rather than investing in cheaper renewables.

Tennessee Valley Authority (TVA) said its move to replace its oldest coal plants with gas was all about ensuring reliable and cheap power for its nearly 10 million customers from across the southeastern U.S., writes the New York Times.

But TVA has also “gutted its energy efficiency program” and “interfered with the adoption of renewable energy,” said Rep. Frank Pallone (D-NJ), chair of the House Energy and Commerce Committee, condemning the move to build expensive fossil fuel projects rather than invest in less expensive, climate-friendly technologies.

Currently the third-largest electricity provider in the United States, TVA plans to add roughly 5,000 MW of gas to an energy mix which is currently composed of 39% nuclear, 26% gas, 19% coal, 11% hydro, and 3% wind and solar.

“As the largest federally-owned utility, TVA should be leading the way on clean energy,” said Pallone, who has opened an investigation into TVA’s pursuit of new gas-powered plants. “It’s going in the wrong direction right now with more gas burning.”

“The president has very bold goals to decarbonize the power sector by 2035, and here we have a big federal authority really thumbing their nose at that goal,” Stokes said. “We can’t build any new fossil fuel infrastructure and limit warming to 1.5°C.”

On average, the planet has already warmed by 1.1°C, the Times notes.

The TVA’s decision comes just six weeks after the United States Postal Service signalled its intent to refurbish its mail truck fleet with 165,000 mostly fossil-fuelled vehicles, despite the Biden administration’s desire to convert to an all-electric federal fleet as part of its commitment to decarbonize the nation’s power sector by 2035.

The Times notes that both the Postal Service and TVA are governed by boards composed of presidential appointees, and currently dominated by loyalists of Donald Trump, “who frequently mocked climate science and was an ally of the fossil fuel industry.”

Awaiting confirmation hearings are four new Biden-nominated appointees to the TVA board of directors. “If approved by the Senate for five-year terms, the newcomers, several of whom have environmental or labour ties, could shift the direction of the authority,” writes the Times.