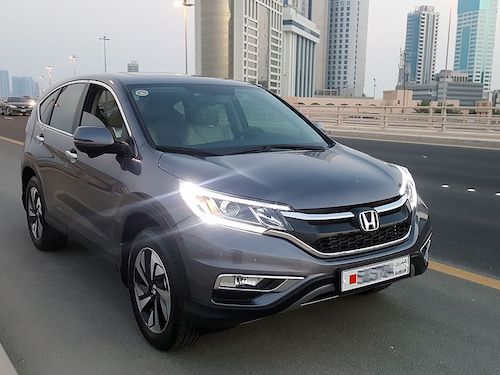 A closer look at last week’s hybrid vehicle funding announcement by the federal and Ontario governments is revealing an unexpected twist: the more than C$260 million headed to a Honda manufacturing plant in Alliston, Ontario over six years includes no immediate commitment to shift the company toward zero-emission vehicles.

“While the announcement is good news for jobs and the economy, one important detail can’t be overlooked—the hybrid electric vehicle (HEV) they’ll be making at Alliston, the Honda CR-V Hybrid, only has one fuel source: gasoline,” Electric Autonomy reports. “It won’t have a plug to enable it to draw power from the electrical grid and is not zero-emission.”

The “only way this announcement is truly about EVs,” the e-newsletter adds, citing industry observers, “is if the current retooling paves the way for Honda to bring future plug-in hybrid (PHEV) or battery electric vehicle (EV) production to this location.”

Last week, Prime Minister Justin Trudeau and Premier Doug Ford were in Alliston, Ontario to announce the C$131.6 million each for upgrades to the Honda plant that will eventually build the 2023 CR-V and CR-V hybrid vehicles. They both said the plan would help ensure good local auto sector jobs into the future, The Canadian Press reported.

But while Honda does make a plug-in version of the CR-V, Electric Autonomy says it’s only available in China. Honda’s first battery-electric vehicle, the Prologue SUV, is scheduled to go on sale in 2024, with the company aiming to sell 70,000 of them in its first year. Its longer-term plan calls for 500,000 EV sales in North America by 2030 and 100% zero-emission sales by 2040.

Still, “in my opinion, I would have much rather seen a more full-throated step taken by Honda towards electric vehicles and have the province encourage that, just like they did with Ford,” said mobility consultant and former auto executive James Carter. “However, this investment is over six years. So, the question does become: Is this for a life cycle-type event of just CR-V only, or [are] perhaps some of these funds allocated actually going towards potentially putting an electric vehicle into Alliston?”

A Honda Canada spokesperson told Electric Autonomy the federal-provincial cash infusion “will transition Honda of Canada Mfg. (HCM) to building future hybrid-electric vehicles and is part of Honda’s overall plan to fully electrify our fleet in North America by 2040.” However, “in terms of specific and future electric powerplants and models being manufactured at HCM, I can’t speculate on that at this point. We will certainly be sharing more detailed information when it’s available.”

A spokesperson for Innovation Minister François-Philippe Champagne declined comment on any ZEV commitment, apart from Honda’s 2040 target, Electric Autonomy adds. She said last week’s announcement was about “making sure that we are securing good jobs in Alliston. It will be almost 4,000 jobs, and also it’s making sure Honda can transition towards cleaner cars.”