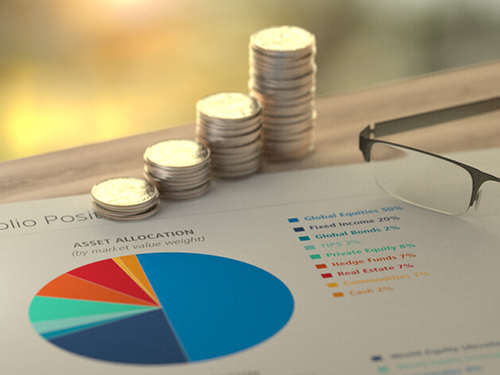 Sustainable finance is going through some unexpected twists and turns in the wake of Russia’s invasion of Ukraine, with investors pouring more than US$886 million into clean energy funds in a single week but European funds facing what an analyst called a “brutal wake-up call” over the Russian government bonds in their portfolios.

The big infusion of new investment reflected the “fundamental” place of green energy after the European Union moved to “speed up its timetable for adding wind and solar power to help substitute for Russian supplies by 2027,” Bloomberg Markets reports. The EU plans to accelerate renewables deployment by 20% and “ease permitting processes that have stymied developers,” aiming for 480 gigawatts of wind capacity and 420 GW of solar by 2030.

“The invasion of Ukraine highlights European vulnerability to Russian gas supplies,” said Bloomberg Intelligence analyst Rob Barnett. “Wind and solar projects can be deployed more quickly than competing alternatives, and we see the potential for strong above-consensus demand growth from such technologies in 2022-25.”

“It has been an extraordinary few weeks for global energy markets, and energy transition is accelerating in Europe as a result,” added BMO Capital Markets analyst Ameet Thakkar in an investor note from Houston.

But that was just one side of the story, with concerns rising about European environment, social and governance (ESG) funds holding about $800 million in Russian bonds that were due to be repaid this week, Financial Advisor Magazine reports.

The ESG funds are just a small fraction of the roughly $40 billion in foreign currency debt that now has lenders worried about whether Russia will default on its payments. But those funds still helped “finance the build-up of a war chest in Russia since 2014,” said author Sasja Beslik, former head of sustainable finance at Bank J Safra Sarasin AG in Switzerland, amounting to “a brutal wake-up call” for ESG.

On Thursday, Russia apparently averted the risk of its first bond default in a century, Al Jazeera reported, with the finance ministry announcing it had transferred funds to meet a $117-million interest payment.

But “the holdings of Russian bonds are the latest example of ESG investors holding assets that seem to clash with the label,” Financial Advisor writes. “Bloomberg data show that ESG funds held at least $8.3 billion in Russian assets right before the war, including stakes in state-backed firms such as Gazprom PJSC, Rosneft PJSC, and Sberbank PJSC, as well as government bonds.”

“In light of current events, it is clearly unacceptable that Russian sovereign bonds should be listed in ESG funds,” said Peter Uhlenbruch, interim director of financial sector standards at London, UK-based ShareAction. “Given that Russia was already under international sanctions for its annexation of Crimea, it’s certainly legitimate to ask why these bonds were in ESG funds in the first place.”