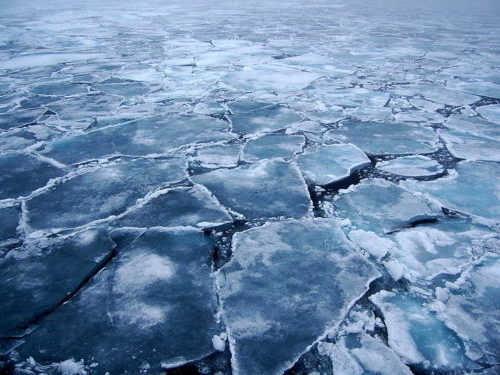 Contrary to what might seem obvious, the Arctic will continue to warm more quickly than the rest of the planet in a low-emission scenario, as compared to a high-emission one, after the mid-2040s, says a new study in the journal Nature Communications.

The “counter-intuitive” result owes to the fact that in the low-emission scenario, “sea ice continues to exist beyond 2040 and the ice-albedo feedback therefore maintains Arctic warming,” writes the research team headed by the Japan Agency for Marine-Earth Science and Technology in Kanagawa, Japan. The results show that climate change mitigation may have a “side effect” as Arctic warming persists even if warming is stabilized, the team adds.

Studies already show the Arctic warming “approximately four times as fast as the globe,” they write, due to a phenomenon called Arctic warming amplification (AA) driven by polar clouds and water vapour, changes in the poleward transport of heat by the atmosphere and ocean, and ice-albedo feedback.

The question is: if Arctic ice cover reflects some solar energy back into space, how can the increased preservation of sea ice in a low-emissions scenario lead to more Arctic amplification?

The answer in this new study is that the very presence of sea ice, melting in the late summer sun, will lead to the Arctic Ocean absorbing more heat than it would if it were fully ice-free. When the sea ice freezes in late autumn, the accumulated surface heat is released back into the atmosphere, leading to further AA.

In the high-emission scenario, by contrast, the ice-albedo feedback is “nearly absent due to the no-ice condition in late summer.” And in late autumn, “small upward latent heat flux results in weak atmospheric warming and slight sea ice formation.”