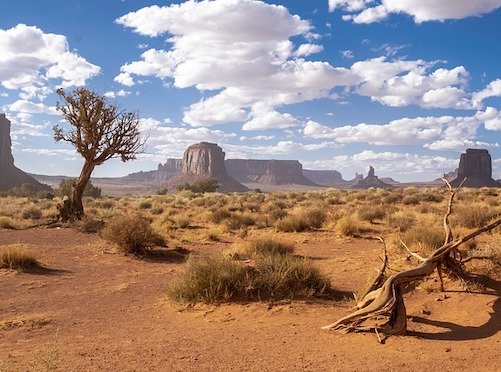 The water woes of Rio Verde Foothills, an unincorporated community in the outer orbit of Phoenix, are being interpreted as a symptom of Arizona’s remorselessly thirsty sprawl and a harbinger of far worse to come.

Belying its verdant name, Rio Verde Foothills sprang out of the desert in the early 2000s during a housing boom that took little account of the fact that local aquifers were already extremely stressed, reports Grist.

Undaunted, many residents resorted to regularly purchasing thousands of gallons of water per week from private haulers, plugging into the nearby city of Scottsdale’s water supply.

But those transactions will become illegal by the end of 2022, after Scottsdale’s decision to restrict water sales following the U.S. government’s declaration of a Tier 1 water shortage on the Colorado River last August.

Relying on the Colorado—by way of the Central Arizona Project (CAP) canal—for 70% of its water, Scottsdale is scrambling to protect its ratepayers from water delivery reductions that now stand at 18% and could go higher if Tier 2 and 3 shortages are announced in 2023, and 2025, as anticipated.

Rio Verde’s loss of its water haulers “portends a much larger crisis,” writes Grist, as the worst megadrought in 1,200 years continues to ravage the American West.

Set to collapse in spectacular fashion is the urban sprawl that has so far proceeded on the faith that water will somehow be found, or supplied.

Dozens of ranch homes were built, and continue to be built, in Rio Verde Foothills itself, even though local residents know there is no water, except for the gallons that used to be trucked in.

The homes are set to become stranded assets which can be neither lived in nor sold, should a new source of water fail to materialize.

One option on the table is to purchase water from haulers who don’t source from Scottsdale. That source will be expensive as the supply continues to shrink, and demand grows.

There are also competing uses to consider. Under Arizona law, “tribal nations that have settled with the federal government for their water rights have some of the strongest protections in the state, followed by cities and industrial users, with agriculture at the bottom of the hierarchy,” writes Grist.

Agriculture finds itself last in line at the tap due to decisions made by the sector in 2004 to relinquish its high-priority rights to a set percentage of CAP water in exchange for a fixed volume at lower cost—and lowest priority. As explained in a CAP primer on water rights in Arizona, “in the early years, it was assumed that agriculture would take the largest portion of the available CAP supply as the other users grew into their entitlements. But once the water started flowing in 1985, reality set in and for many irrigation districts, CAP water was too expensive compared to pumping groundwater.”

Now, AZ Central reported in 2019, agricultural interests—Big Ag, in particular—continue to pump groundwater at an alarming rate. One of seven industrial farms draining the state’s aquifers is the Saudi conglomerate Almarai, which for the past five years has been drilling for water to grow hay that is exported back to the Middle East to feed the kingdom’s dairy cows.

Meanwhile, some with secure rights to the Colorado River have entered the water-selling business, writes Grist. In 2016, the Gila River Indian Community sold some of its CAP entitlements to the city of Chandler for US$43 million. Chandler began receiving 5.5 million gallons of CAP water per day in 2019, and is contracted to receive the same for the next 100 years. At the time, AZ Central said Chandler went looking for water when it realized it could not develop remaining available land without it.

Tribes like the Navajo Nation are in no position to sell water, Grist adds, since they “never reached a settlement with the government and thus have no guaranteed water access.”

While state officials are beginning to respond to the accelerating water crisis, with several cities making the confirmation of water sources a precondition for building permits, the need for tax revenue means most Arizona municipalities will keep building, at least for now.

“The cuts on the Colorado River will fall hardest on agricultural users,” writes Grist, “and a decrease in overall farming could free up more water for residential use.”