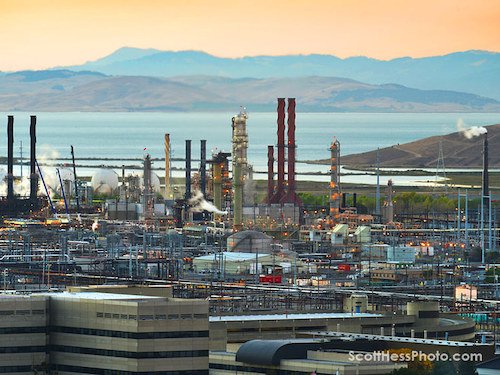 “The reports are the latest in a growing body of research that suggests that while cap-and-trade programs can reduce emissions overall, they can also inadvertently maintain or even worsen environmental disparities by allowing polluting industries, which are often located in Black and Brown neighborhoods, to essentially buy their way out of reducing their emissions,” reports Inside Climate News.

The cap-and-trade program sets a cap on state emissions that companies must either stay under or buy allowances to exceed. Although California requires 35% of cap-and-trade revenue to be reinvested in disadvantaged communities, true reform is hindered by trading rules that allow industries to increase or avoid reducing emissions.

A recent report from the University of Southern California (USC) concluded that areas still producing high emissions continue to be concentrated in underprivileged areas. Disadvantaged communities are therefore less likely to see lowered emissions from the cap-and-trade program, and have in fact experienced a disproportionate emissions increase.

As an example, Amee Raval, research and policy director for the Asian Pacific Environmental Network, pointed to the Chevron oil refinery in Richmond, California. It’s the state’s single largest contributor to greenhouse gas emissions, people of colour make up more than 60% of the surrounding population, and nearly 15% of households in the area fall below the federal poverty line, according to census data.

“The reality is cap-and-trade is really letting California’s business polluters off the hook, concentrating pollution in working class communities of colour, and undermining the credibility of our climate policy,” Raval told Inside Climate.

The California Air Resources Board contested the USC findings, pointing to a prior analysis performed by the state’s Office of Environmental Health Hazard Assessment (OEHHA). The agency found that the “greatest beneficiaries of reduced emissions from both [heavy duty vehicles] and facilities subject to the cap-and-trade program have been in communities of colour and in disadvantaged communities.” Although the emissions gap between communities has been reduced, the analysis concedes that “a wide gap still remains.”

Cap-and-trade could also be holding California back from achieving its targeted emissions reductions, according to a report from the Independent Emissions Market Advisory Committee. In its findings, the committee said it’s still possible for California to meet its targets if it addresses systemic problems plaguing the program. Problems include “leakage” from companies moving to less regulated areas, and companies stockpiling allowances to avoid emissions reductions.

“Some 321 million allowances were banked into the market’s post-2020 period, equal to more than the emissions reductions expected from the program over the coming decade,” the committee stated. Many of those stockpiled allowances come from forestry offset projects, says Inside Climate News, which are often criticized by climate activists who warn that “there’s no way to guarantee that offset projects actually do what they intend to do.”

The two studies echoed warnings long issued by environmental justice advocates for governments to avoid relying too heavily on carbon markets that “could jeopardize long-term emissions reduction goals and increase the burdens on vulnerable communities,” Inside Climate writes.

“Instead, activists say, governments should pass stronger regulation that requires direct emissions reductions from industries before relying on market incentives.”