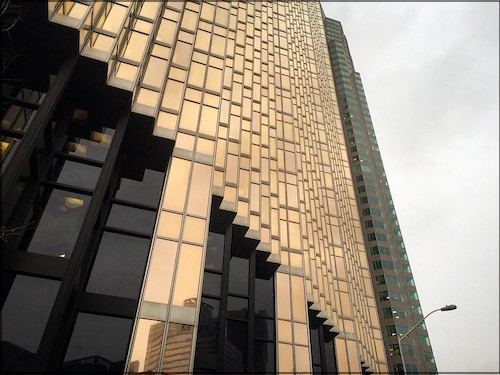 An activist investor group in Montreal is calling on Canada’s seven biggest banks to conduct annual “say-on-climate” votes to let shareholders pass judgement on their climate risk strategies. The Globe and Mail says the banks aren’t keen on the idea.

Say-on-climate proposals “are becoming mainstream around the world, with carbon reduction an imperative in high-emitting industries and their lenders,” the Globe reports. Now the Mouvement d’éducation et de défense des actionnaires (Movement for the Education and Defence of Shareholders, or MÉDAC) wants Canadian banks to follow the trend. The group received an average 14% of shareholder support for the environmental resolutions it put forward last year.

In its latest proposal, “MÉDAC cites research from the Rainforest Action Network, done in 2019, that shows Canada’s banks, including Royal Bank of Canada, Toronto-Dominion Bank, and Bank of Nova Scotia, were among the top-10 funders of fossil fuel development, providing US$89-billion,” the news story states. “It said Bank of Montreal and Canadian Imperial Bank of Commerce were ranked 16th and 21st.”

Last year’s Banking on Chaos Report, of which RAN was a co-author, identified $3.8 trillion that global banks had handed over to the fossil industry since the Paris climate agreement was signed. At the time, the RBC Revealed campaign singled out Canada’s biggest bank for the “dubious honour of punching above its weight”, with C$14 billion invested in carbon-heavy projects like the Coastal GasLink and Line 3 pipelines.

Now, MÉDAC says those investment activities “run counter to what is needed to address the findings by the Intergovernmental Panel on Climate Change, which has concluded global warming is occurring at a faster pace and producing widespread effects that are more definitively tied to human influence than ever before,” the Globe says.

But RBC, Scotiabank, CIBC, and National Bank of Canada are asking their shareholders to reject the MÉDAC resolutions. “They point out they are making strides, citing their commitments to make hundreds billions of dollars available for sustainable finance initiatives, to push clients to pursue decarbonization efforts, and to support the development of green and energy transition technology as part of their net-zero plans,” the Globe writes.