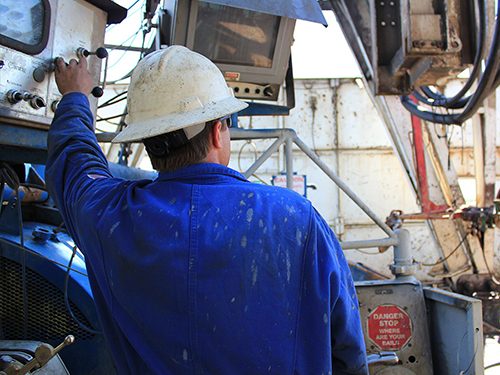 An April 30 deadline for the federal government’s just transition consultation, announced as part of a virtual roundtable last Thursday, is being taken as a sign that Ottawa will be getting started on legislation to help fossil fuel workers and communities navigate the shift off carbon, more than two years after then-environment minister Jonathan Wilkinson’s pre-pandemic promise to make it happen.

In January 2020, Wilkinson identified a new just transition act as one of the first elements of the then second-term Trudeau government’s response to the climate crisis. Last September, 20 months and multiple pandemic lockdowns later, the government extended a looming deadline for public input on a federal just transition strategy, prompting a flurry of questions about when the legislation would be tabled.

Last Thursday, in his more recent role as natural resources minister, Wilkinson and Labour Minister Seamus O’Regan hosted the roundtable “to hear from key stakeholders on the government’s approach to this legislation and to discuss existing federal investments and commitments to support workers and communities,” NRCan said in a release. Participants included representatives of Indigenous organizations, labour groups, industry associations, academia, non-governmental organizations, and skills and training organizations.

The roundtable took place just two days before a day of action that produced 47 community events across the country, all of them calling for fast action on a just transition act. Many of the rallies took place outside the offices of local Members of Parliament, and nearly a dozen of them consisted of mock grand openings and ribbon-cuttings for a new Ministry for Just Transition.

Robin Tress, climate and social justice campaigner at the Council for Canadians, said organizers behind the day of action heard nothing about the roundtable until after it happened. But “this new deadline is news,” she told The Energy Mix in an email. “I am speculating here, but I would guess that they put a deadline on it so they could wrap consultation and develop a bill.”

“I think the two ministers are very much acknowledging that the work that needs to be done to get Canada through a just transition must be done from the ground up,” agreed Iron & Earth Executive Director Luisa Da Silva. “They are looking to the organizations on the ground working at the front line of change, the affected communities, and the workers themselves, for guidance on how to achieve a path forward towards net-zero.”

Da Silva said she “would not be surprised to see something this summer that starts to lay the tangible groundwork for a path forward through training and managed transition activities that will lead to job creation.”

Tress said groups had made good use of the months when the consultation was extended indefinitely, with hundreds of people across the country meeting with their MPs to champion a just transition act. She said 30 MPs from four parties had promised to table a Parliamentary petition calling for just transition legislation that “winds down the fossil fuel industry and related infrastructure, ends fossil fuel subsidies, and transitions to a decarbonized economy.” Ten have already done so.

“People across the country have been demonstrating for months that they are more and more united in their demand for a bold just transition act,” Tress added. “I am sure that these two streams of pressure (petition and day of action) had an impact on the government.”

Da Silva said the timing of the roundtable on the eve of the community rallies “may be by design or by coincidence,” and “how much that coincidence matters will be left up to history to debate.” For now, she added, it’s “no small feat” that just transition has achieved widespread awareness across the country.

“The just transition legislation is needed, we need to ensure no one is left behind, and it feels like we are right now in the messiness that always comes when change is on the horizon,” she told The Mix. “This is all a very, very positive signal that Canadians will soon have something to look forward to, in law, to move our country and our workers towards net-zero.”

Storylines for 2022: Where Does Climate Journalism Hit the Wall?