Breakthrough Technologies Raise Hopes for ‘Wearable Solar’ Within a Decade 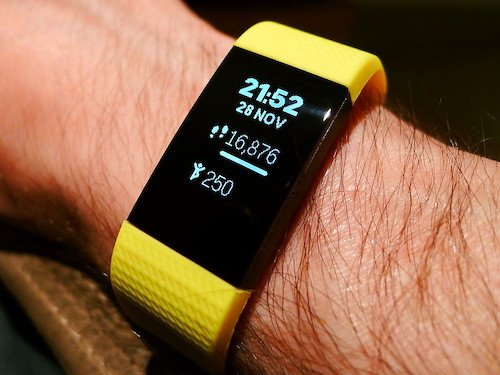 A recent solar technology breakthrough from UK scientists brings “wearable solar” one step closer to commercial production and could greatly expand the amount of solar power generated by weaving the microscopic technology into daily living.

“This is an important breakthrough,” said Dr. Sam Stranks of Cambridge University. “If the efficiency can keep being improved, we may well see such technologies competitive in, for example, lightweight and wearable solar applications.”

According to developers, the solar cell is “a hundred times thinner than a human hair” and “could be put on clothing to power wearable electronics, such as smart watches and Fitbits.” The breakthrough augments the cell’s efficiency and puts the technology on the brink of commercial manufacturability. Its developers aim to double its efficiency within five years. But even if they miss that target, they say they’re confident the cell will be commercially available within a decade.

The research, funded by the UK government, the European Research Council, and the European Union’s Horizon 202 programme, used complex computer modelling to increase the cell’s efficiency to 9%, from an average 1-2% a decade ago. The developers generated more power by applying an even, 50/50 spread of silver and bismuth atoms across the material to increase the amount of light the nanocrystals absorbed.

Because the cells are cheap to manufacture and thin and flexible enough to be unnoticeable, their development lays the groundwork for what the research team describes as a “winning by numbers” strategy, i newspaper says.

“So while the power generated in a given area mightn’t be as high as a dedicated solar farm in the Sahara, the fact they are everywhere—and invisible—means we could still be capturing large amounts of energy with a vast ‘effective surface area,’” said Kavanagh.

“To use a fishing analogy—instead of fishing for a few really big fish, as a Saharan solar farm does, it’d be like fishing for millions of small fish with a huge net.”

Other industry players are exploring wearable solar, including a company in Finland that worked with physicists at Aalto University to embed panels into textiles that can be discreetly worn on clothing. The ultra-thin panels can generate enough power to charge a phone after about five hours of exposure to sunlight, writes Fast Company.

Researchers on the other side of the pond are also pursuing wearable solar technology. At Stanford University in California, a team of scientists is searching for materials to replace the silicon the industry currently uses.

Their research has resulted in a prototype with 5.7% efficiency with components made from tungsten diselenide and contacts of gold, spanned by a layer of conducting graphene that is just a single atom thick. The team foresees widespread deployment of flexible solar generators for car roofs, drones, or airplane wings, reports Stanford News.