Philanthropies Can Help World’s Most Vulnerable Adapt to Climate Change 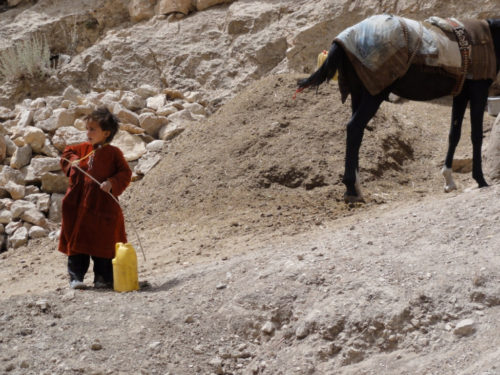 Philanthropic organizations must step up and fund climate adaptation, say advocates, in light of the recent Intergovernmental Panel on Climate Change (IPCC) report warning that vulnerable people and regions are enduring the worst of the climate crisis due to systemic inequalities.

Gender disparity is just one of the “entangled challenges” compounding the climate crisis that philanthropic organizations, often more nimble than governments, can help to redress, writes Inside Philanthropy.

While philanthropic organizations are increasingly involved in fighting the climate crisis, the emphasis to date has tended to be on mitigation—both because it is often cheaper than adaptation and because mitigation can be seen as tackling the root of the problem.

As the latest IPCC report explains, however, the question of who will suffer most and soonest from climate impacts has its own very deep and entangled roots. Taking a “close look at the role of structural inequalities,” the report “explicitly calls out colonialism as one of several historic and ongoing inequities that underlie certain regions’ greater vulnerability” to climate impacts, writes Inside Philanthropy.

Donors’ focus on mitigation has even served to perpetuate some of the power disparities of colonialism, with appeals tending to be directed at and shaped by corporate boardrooms and global heavyweights like the World Economic Forum. That approach has supported “false solutions” like voluntary carbon neutrality or net-zero emissions targets, said Greenpeace chief program officer and human rights activist Tefere Gebre.

He added that the nexus between the climate crisis and mass migration needs attention. The climate emergency could displace anywhere between 200 million and 1.2 billion people by 2050, writes Inside Philanthropy, citing estimates from the World Bank and Institute for Economics and Peace.

“Some foundations have begun to explore work at the intersection of climate change and violent armed conflict, but this area could benefit from a larger injection of funding that would advance priorities across foundations’ grantmaking areas, including health, education, poverty, food security, etc.,” Gebre said.

He added that the new IPCC report’s core lesson for philanthropists is that “they need to do more to break down silos between their strategies and grantmaking portfolios to address the intersectionality of these issues.”

But despite “historic firsts on adaptation”—including the “the taboo-breaking decision” by Scotland at last year’s COP 26 climate summit to set aside funding for loss and damage, a decision taken in partnership with the U.S.-based Climate Justice Resilience Fund—Inside Philanthropy says progress remains slow, and “the window for action is rapidly closing.”