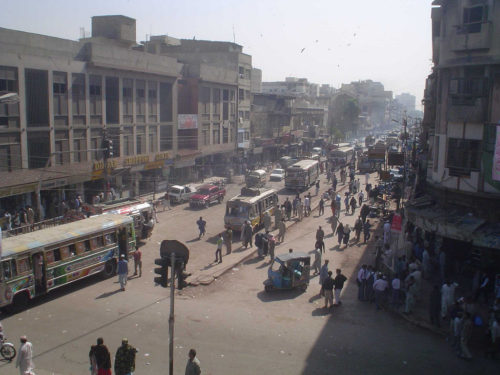 Citing profound environmental and social justice costs, local activists are condemning plans to build an expressway that will bury one of Karachi’s few green districts under concrete and displace the tribal communities that have farmed there for generations.

The four-lane expressway now under construction will run 39 kilometres and connect wealthy neighbourhoods with new real estate developments in a city that can ill-afford to lose the few green spaces that remain, reports Inside Climate News.

Citing estimates by the World Bank and the Asian Development Bank, ICN notes that Karachi is the city in Pakistan that is most vulnerable to heat.

A megacity of 16 million people on the northeastern shores of the Arabian Sea, Karachi is also entangled in the crosshairs of sea level rise, intensifying monsoons, and consequent flooding.

The city’s vulnerability mirrors Pakistan’s global ranking as eighth among countries most ravaged by extreme weather events since the turn of the century, writes ICN, citing the Bonn-based non-profit Germanwatch.

With construction under way and ecological impact studies as yet unpublished, the US$160-million expressway will skirt the right bank of the Malir River, through a district threaded with smallhold farms held for generations by the Sindhi and Baloch tribal communities. Green and fertile and filled with “cooling neem trees,” notes ICN, the Malir district is commonly referred to as “Karachi’s oxygen.”

Responding to concerns about displacement, the project’s director Naiz Soomro told ICN that any residents who lose their farmland to the expressway would be allotted other land nearby.

Soomro said that those needing to be resettled would number “less than 300,” but Hanif Dilmurad, general secretary of the Indigenous Rights Alliance, told ICN the number of villagers affected could run as high as 200,000.

Formed by local elected officials and Indigenous rights activists in 2015 to protect Indigenous communities from displacement by large-scale housing projects, the Alliance has been a strong voice of opposition to the new expressway.

Noting that tens of thousands of people displaced by another expressway—that began construction in 2003 and opened in 2018—have yet to be relocated as promised, Dilmurad condemned officials for again failing to include local communities in the planning process.

Environmental policy consultant Dawar Noman warned that further roadbuilding, which compounds the harm of deforestation with ribbons of heat-absorbing asphalt, will make an already searingly hot city even hotter, thanks to the heat island effect. The combination of heat and increased traffic will spell further suffering for those who live in the “historically impoverished” regions through which the expressway will pass.

“If you were to conduct an air quality assessment of the area now and again when the expressway is operational, it is very likely that the difference would be jarring,” Noman said. “This then becomes a human rights and public health issue.”