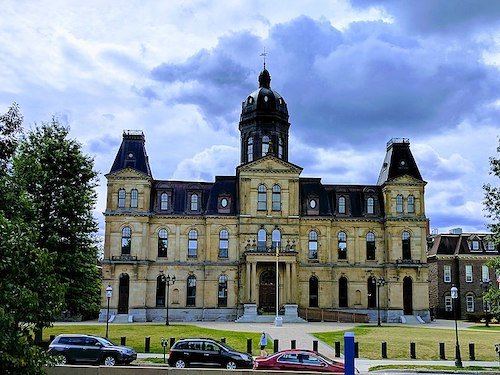 New Brunswick’s provincial utility and its government must work together to ensure that low- and middle-income households can afford energy retrofits, a new report says, in a critique of the province’s failure to make energy efficiency accessible to all.

Noting that financing mechanisms “are a widely used and a cost-effective tool to make energy efficiency more accessible to moderate and low-income households,” Martin called for a serious upgrade in such mechanisms in the Maritime province.

While NB Power does have a low-income energy savings program which provides free efficiency upgrades to households that qualify, the auditor general’s report said more must be done to expand the program’s reach and uptake.

At present, most New Brunswickers must pay out of pocket for any retrofits they pursue, then get a partial rebate at some point down the road. New Brunswick is currently one of only two provinces with no financing mechanism to support its energy efficiency programs.

Martin further chastised the provincial government both for failing to give NB Power energy efficiency targets, and for providing insufficient oversight. He faulted the Department of Natural Resources and Energy Development for not mandating the utility to create a loan program when the province handed it responsibility for energy efficiency programs back in 2015.

NB Power responded by saying that it is seeking to expand its program to support low-income households, while also pointing to Ottawa’s own pledge last year to create a major energy retrofit loan program.

The utility added that its current focus on debt reduction means it can’t itself provide funding for loans.

That belt tightening is taking place even as NB Power pays top dollar to its executives, with CEO Keith Cronkhite taking home $560,000 annually. In a chapter devoted to provincial Crown agency salaries, the auditor general’s report identified Cronkhite as the highest paid of all agency heads in New Brunswick.

Cautioning that “a lack of clear expectations from the government increases the risk of government intentions not being carried out,” the report urged Premier Blaine Higgs’ Progressive Conservative government to clarify the rules on salaries and benefits.

Responding to the report, NB Power pledged to conduct a “barrier study” within the next 18 months to examine how other provinces are working to lower or eliminate such barriers.

“You’re asking for a plan and implementation, and you’re going to get a study,” responded Liberal MLA and opposition critic René Legacy.

“We would always like to see our recommendations addressed faster, and as fast as possible,” Martin said, in response to the proposed timeline for the barrier study.

Keep Fossils Like FortisBC Out of Classrooms, Doctors and Teachers Tell Province