Keep Fossils Like FortisBC Out of Classrooms, Doctors and Teachers Tell Province 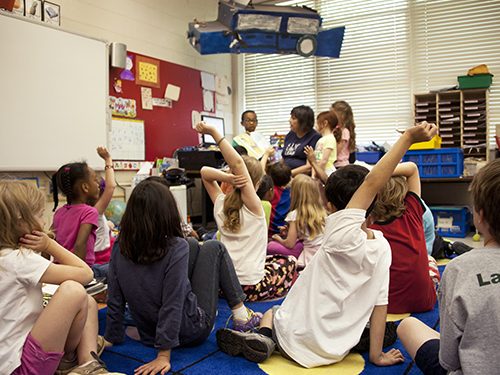 The Canadian Association of Physicians for the Environment (CAPE) wants to stop fossil fuel companies like gas and electricity distributor FortisBC from providing their own brand of educational materials to public schools in British Columbia.

Dr. Lori Adamson, an emergency room doctor in Salmon Arm, said in a statement that she was shocked when her son brought home educational materials from FortisBC, the province’s largest natural gas distributor.

“It’s bold propaganda,” she said. “To see a fossil fuel company providing these biased materials to my child about what science is, I just couldn’t believe it.”

On its website, FortisBC says its Energy Leaders program is focused on providing lessons on natural gas, climate change, and energy conservation. A company news release in 2020 said that since launching the program in 2017, more than 20,000 teachers have downloaded material.

Spokesperson Nicole Brown told the Vancouver Sun the company disagrees with the criticism. “Throughout the program, there is well-varied discussion that touches on various types of energy and energy issues,” she said in an email. Brown added that the program was developed to be “bias-balanced” by a private education company, Kidnetic, working with B.C. teachers, then reviewed by FortisBC staff.

A statement from the provincial education ministry said it does not review or endorse educational resources provided by industry, and does not “recommend or authorize the use of resources like FortisBC’s Energy Leaders program,” CP writes.

It said the ministry is “reviewing this issue to ensure classrooms are free of corporate priorities, so students can continue to learn in an unbiased environment,” but adds the B.C. curriculum offers a strong foundation for climate change education.

Adamson, who is a member of CAPE, said she has seen the effects of climate change in her work.

“People are dying of heat stroke and being displaced by flooding and landslides. We’re losing entire communities to wildfires, and the mental health impacts are hitting us like a tidal wave.”

B.C. Teachers Federation President Teri Mooring said in a statement provided by CAPE that teachers want an end to corporate ads in schools.

“The BCTF has long been concerned about corporate advertising and presence in schools, and has policies against the commercialization of public education,” the statement said. “The fossil fuel industry has no place in B.C. classrooms, especially as we face an unprecedented climate crisis.”

She said the federation will work with the government in “developing unbiased, science-based climate education resources.”

CAPE said its open letter has the backing of nearly 100 other organizations, including the Vancouver Island Health Authority.

The main body of this report was first published by The Canadian Press on March 3, 2022.