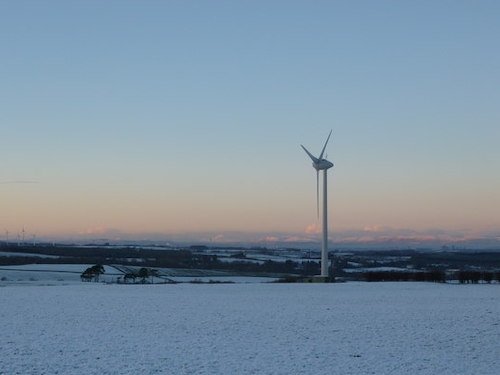 A wind turbine should be up and running in Inuvik, NWT by early 2023, reducing the territory’s annual emissions by 6,000 tonnes and saving the NWT Power Corporation (NTPC) C$3 million in diesel costs—though how much of these savings will be passed down to households remains uncertain.

A wind turbine is surely good news for the town of a little over 3,000, reports CBC News. Located 200 kilometers north of the Arctic Circle and 100 kilometers from the Arctic Ocean, Inuvik is currently the most diesel-dependent community in the Northwest Territories.

The turbine, to be built 12 kilometres east of the town, “is a small contribution to addressing the existential threat of global climate change that we see the impacts [of] right here in the Mackenzie Delta,” said Ken Kyikavichik, grand chief of the Gwich’in Tribal Council.

The single turbine is expected to carry the territory a full third towards its goal of reducing emissions from diesel-generated power by 25%, said Andrew Stewart, director of strategic energy for the N.W.T. department of infrastructure.

But just how much the turbine will save locals on their electricity bills remains to be seen. An application for a rate change is currently being prepared for the territory’s public utility regulator to consider.

In an email to the CBC, Doug Prendergast, communications manager for the NTPC, said it would be “premature to [forecast] future electricity costs in Inuvik” before factoring the cost of diesel, inflation, and overall electricity sales into the mix.