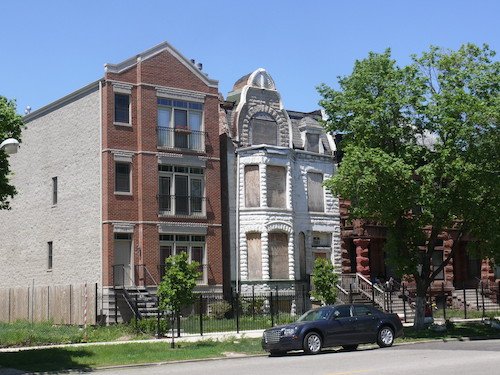 Bronzeville, the epicentre of Chicago Black history and culture, will soon be home to America’s first community microgrid, after concerted efforts resolved the question of how to smoothly connect and disconnect a microgrid serving more than 1,000 buildings from the larger state electricity system.

The US$25-million microgrid is due to come online six years after theChicago-area utility Commonwealth Edison (ComEd) vowed to power a “community of the future” in the historic neighbourhood, with a web of “backup generators and grid controls that could provide local residents and critical services such as hospitals and nursing homes with always-on power when the grid fails, as well as support the growth of rooftop solar, batteries and electric vehicles,” writes Canary Media.

It’s full speed ahead after ComEd and the U.S. Department of Energy (DOE) confirmed the grid’s complicated network of natural gas-fired-generators, rooftop solar, batteries, and grid control system can work together to disconnect and reconnect to the larger state grid.

“That’s a key proving point for the project’s goal of being able to power more than 1,000 residences, businesses, and public buildings, including Chicago police and fire department headquarters, during broader grid outages,” reports Canary Media.

The Bronzeville project has proven a challenge because it doesn’t simply plug into the larger state grid at a single point, said Aleksi Paaso, ComEd’s director of distribution planning, smart grid and innovation.

“This is a complex microgrid system, leveraging two feeders from two different substations and an interconnection point with a customer [that has] its own microgrid,” Paaso said.

The customer in question is the Illinois Institute of Technology (IIT) campus, whose existing system “will be integrated into the new, larger Bronzeville microgrid.”

Paaso added that DOE was heavily involved in building a “microgrid master controller” sophisticated enough to handle this complexity.

“There are a lot of important capabilities related to future grid operations that this project is testing,” he said. “That’s one of the key areas that the industry, and DOE in particular, [was] looking to understand.”

With this hurdle overcome, next come tests to see “how distributed energy resources such as rooftop and community solar, batteries, and EV chargers can work together with larger-scale battery and generator installations.”

“It’s serving as a laboratory of what the future might look like,” Michelle Blaise, ComEd’s senior vice president of technical services, told Canary.

IIT’s work to integrate its microgrid with ComEd’s Bronzeville system shows “how private and public entities can work together to save lives,” said Mohammad Shahidehpour, head of microgrid research and development at the institute. But Shahidehpour flagged a looming problem with regulatory issues as more microgrids come online.

“If there are more microgrids around, then there need to be additional rules and regulations around who’s doing what and how the costs and revenue are split,” he said.

There will be other challenges, as well. The Bronzeville microgrid itself experienced “significant pushback from environmental and community advocates who expressed concerns about its costs and its initial emphasis on fossil-fueled generators over solar, batteries, and other low-carbon alternatives.”

While the Bronzeville grid ultimately did add more clean energy sources to its mix, natural gas generators may prove hard to replace completely.

Noting that peak load in Bronzeville runs at about seven megawatts, Canary Media writes, “trying to achieve the equivalent level of resilient and long-lasting power from solar-charged batteries would be far more costly and require more solar panels than a dense, urban neighbourhood can host.”