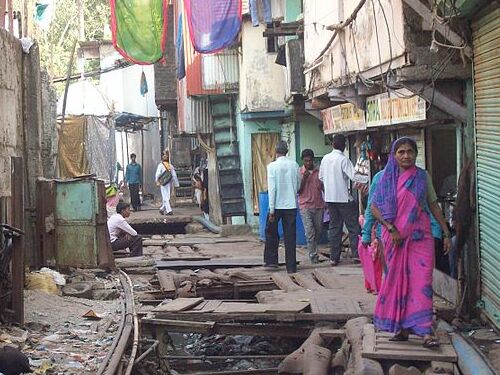 With another 2.5 billion people due to move to cities that are already home to more than half the world’s population, the impacts of the climate emergency will be “felt disproportionately in urban communities with the most economically and socially marginalized, most affected,” the Intergovernmental Panel on Climate Change warns in its impacts and adaptation report this week.

And with cities in Asia and Africa set to receive up to 90% of the new arrivals, “what happens in cities is crucial to successful adaptation,” the report concludes.

When global heating combines with population growth, heat stress will deepen “in already-warm centres,” warns the IPCC. Minorities, the poor, the young, the elderly, and the disabled will bear the brunt of urban heat islands, where dense concentrations of built structures absorb and retain heat, adding up to 2°C to local warming.

Depending on the concentration of greenhouse gases (GHGs) in the atmosphere by 2100, between half and three-quarters of the human population could be exposed to life-threatening climatic conditions arising from extreme heat coupled with humidity, the IPCC warns.

Urban heat stress will also affect labour productivity, with projections showing a 20% drop during hot months by 2050. And as the planet warms, water—both too much and too little—will loom large in the lives of urban dwellers, warns the IPCC, with Asian cities in particular facing “future flood risks arising from the urbanization process.” For example, Indonesia will be anywhere between 76 and 120% more vulnerable to river and coastal flooding by 2030 than it was in 2000, partly due to increased urbanization.

Even at 1.5°C warming “an additional 350 million people living in urban areas are estimated to be exposed to water scarcity from severe droughts,” the IPCC estimates, with a further 60+ million affected should global temperature be permitted to rise by 2°C.

Assessing the status of urban climate action to date, the IPCC says many more cities have developed adaptation plans since its last comprehensive climate assessment in 2014 and 2015, but “only a limited number of these have been implemented.”

Lack of political will, limited financial resources, and competing priorities are key barriers to action, says the report. “Failures to manage adaptation of social infrastructure (community facilities, services, and networks) and failure to address complex interconnected risks, like those present in the food-energy-water-health nexus or the interrelationships of air quality and climate,” have also slowed progress.

But the IPCC writes that over the last eight years, “there has been increasing understanding of the interdependence of meta-regions, large, small, and rural settlements, which may be connected through key infrastructure, including national and transnational infrastructure investments.”

“Many rural places are so deeply connected to urban systems that risks are observed to cascade from one to the other—for example when drought in arable zones leads to food insecurity in cities (as in the ongoing civil war in Syria), or where flood damage to urban transport infrastructure leads to prolonged isolation of small towns and rural settlements (as in the November flooding in British Columbia).”

With those and other factors in mind, cities need to be inclusive while developing their adaptation plans, says the IPCC. But so far, “few adaptation plans for urban areas and infrastructure are being developed through consultation and co-production with diverse and marginalized urban communities.”

So far, cities have barely implemented zoning and land use measures for climate adaptation, the IPCC says. The exception is South Korea, which has “recently begun to address disaster risk reduction within their land use planning systems.”

The adaptation gap can be filled by informing people, the report states, adding that “youth, adult communities, the social media, and commercial media can have a significant impact on advancing climate awareness and the legitimacy of adaptive action, particularly in large urban areas.”

The IPCC urges cities to adopt ecological infrastructure through “green and blue infrastructure investments”—for example funding green roofs or mangrove restoration—that are “widely recognized as low-regret measures for disaster risk reduction and climate change adaptation.” Urban agriculture also has a part to play, providing food security “across a range of urban contexts” while delivering co-benefits that include “recreation, place-making, and mental health.”

At the same time, the IPCC writes that as much as US$94 trillion in global investment will be required through 2040 to “replace, upgrade, and extend” the grey infrastructure like the buildings and bridges that urban populations rely on. Given the typical long lifespan of this infrastructure, “this is both an opportunity and an imperative to ensure this investment is low-carbon and resilient to climate change risks.”

But so far, “adaptation finance continues to be directed at large-scale grey/physical engineering projects” that reproduce the risk of stranded assets if climate risks accelerate “beyond planned-for levels.”

Global urbanization offers a “time-limited opportunity” to work towards transformational adaptation and climate-resilient development, the IPCC adds, but only if it incorporates “intersectional, gender-responsive, and inclusive action” to accelerate the transformation.

“The greatest gains in well-being in urban areas can be achieved by prioritizing investment to reduce climate risk for low-income and marginalized residents and targeting informal settlements,” the report states. “These approaches can advance equity and environmental justice over the long term in ways more likely to lead to outcomes that reduce vulnerability for all urban residents.”

Indigenous and local knowledge play a crucial role in positive outcomes, the IPCC adds. These additional ways of knowing and learning “can help generate more people-oriented and place-specific approaches, leading to adaptation policies that foster identity, dignity, self-determination, and better collective decision-making and capacity to act.”