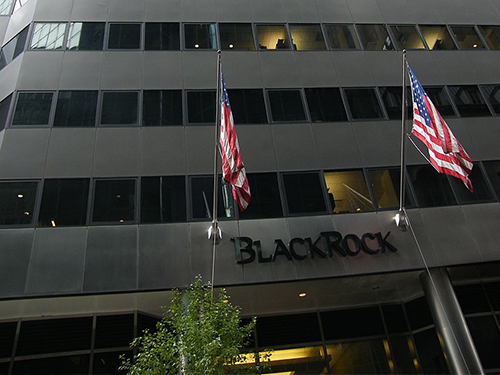 BlackRock Inc., the world’s largest asset manager, has reaffirmed its friendship with the oil and gas industry in the face of new Texas legislation blacklisting financial firms that boycott fossils.

As a large and long-term investor in fossil fuel companies, “we want to see these companies succeed and prosper,” BlackRock executives wrote in a letter earlier this year to officials, trade groups, and others in energy-rich Texas, reports Reuters.

The New York-based multinational investment manager “faces a balancing act” because of its size, the news story states, as some pension funds and endowments move to divest from fossil fuel stocks over climate concerns. BlackRock has declined to follow suit.

Reuters says that language is consistent with past messages, but “the emphasis is new after years in which BlackRock has stressed its efforts to take climate change and other environmental, social and governance (ESG) issues into account in its investment and proxy voting decisions.”

BlackRock has touted its ESG investing strategy and even called out companies it deemed “climate laggards.” But choosing to uphold its climate commitments would subject BlackRock to a Texas regulation that requires the state’s comptroller to compile a list of financial companies that divest from fossil fuels. Those firms could then be barred from state pension funds like the US$197-billion Teacher Retirement System of Texas, which has about $2.5 billion invested with BlackRock, says Reuters.

BlackRock should be put at the top of the divestment list, said Texas Lt. Governor Dan Patrick, in a January 19 letter to the comptroller. He wrote that the company is “capriciously discriminating” against the oil and gas industry “by exiting investments solely because companies do not subscribe to a ‘net zero’ policy beyond what is required by law.”

But BlackRock’s memo states that it has not and “will not boycott [fossil] energy companies,” citing holdings in Texas-based ExxonMobil, ConocoPhillips, and Kinder Morgan. A spokesperson from the Texas comptroller’s office emailed Reuters to say his agency is “currently working to establish suitable candidates” for the boycott list.