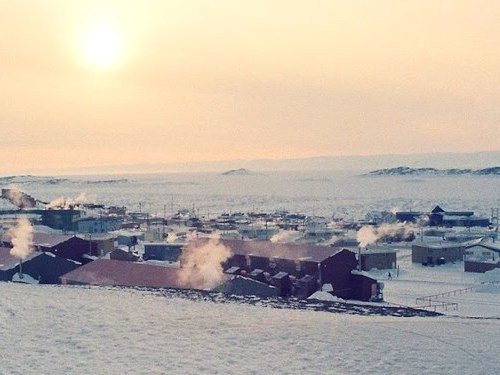 Residents of northern Canada may be exposed to a naturally-occurring carcinogenic gas as permafrost thaws, warns a new study out of the UK.

Arctic permafrost has been acting as a “hidden guardian” by locking radon in the ground and preventing it from travelling to the Earth’s surface and accumulating in buildings, the study’s lead researcher Paul Glover, chair of petrophysics at the University of Leeds, told CBC News.

Radon is an odourless gas created from the decay of uranium in minerals found in rock, soil, and water. It is the leading cause of cancer in non-smokers, and the second-leading cause in smokers, the news story states.

With 42% of circumpolar Arctic permafrost is expected to melt by 2050, the ensuing ecosystem breakdown that could have profound public health consequences in Canada’s north, the study found.

Given how quickly permafrost is thawing, Glover said he would be “very surprised” if it was not already affecting Arctic communities.

His study found that “smoking exacerbates radon-acquired lung cancer by 26 times, and the prevalence of smoking in northern Canada and Greenland is about three times the global average.”

He recommended adding ventilation in rooms prone to radon buildup. Installing pumps to draw radon out of homes, and sealing cracks and openings in foundation walls, floors, pipes, and drains can also be effective, says Lung Cancer Canada.

Radon is one climate impact that “we’ll be able to manage” provided “we’re on top of it,” said Yellowknife emergency physician Courtney Howard, past president of the Canadian Association of Physicians for the Environment. But public awareness of the gas needs to be raised.

“Lung cancer is a life-threatening diagnosis, so now is really the time that we ought to be increasing awareness,” she told CBC.