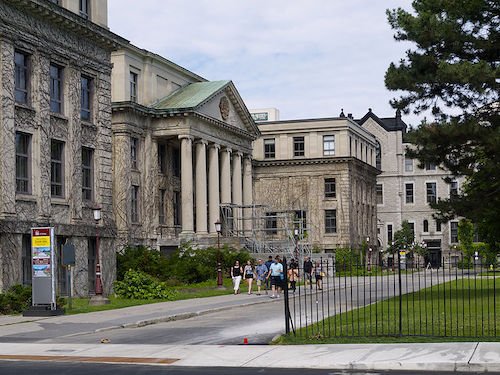 Praising the advocacy skills of student climate campaigners, the University of Ottawa has announced it will divest all its direct holdings in fossil fuels by 2023, and all indirect holdings by 2030.

“We owe it to future generations to do everything we can today to mitigate the effects of climate change while we can still have an impact,” U of O president Jacques Frémont said in a release.

The announcement comes after more than eight years of pressure from uOttawa students who have been demanding that the university respond to the seriousness of climate change. In October 2014, a group called Fossil Free uOttawa launched a petition calling on the university to immediately freeze any new investment in fossil fuels, reports the Fulcrum, uOttawa’s student newspaper. At the time, organizer Megan Bowers said prior efforts had been “first ignored and then dismissed” by the university Board of Governors (BOG.)

The BOG promised a “responsible investment policy,” then in 2016 formally rejected divestment in favour of investing further in renewable energy technologies.

Then in 2019, the University of Ottawa Student Union (UOSU) asked for an update on BOG policies around divestment. UOSU tried to engage the administration for two years, but “no firm commitments” were made. In September 2021, “divestment advocacy resurged with a new vigour” The Fulcrum says, when many student activists were angered to see the Royal Bank of Canada, a heavyweight investor in fossil fuels, open a branch on campus.

Wildfires and floods in British Columbia and droughts on the Prairies reminded the administration that “climate change remains one of the greatest long-term threats we face,” uOttawa said.

The university has made efforts to increase its environmentally sustainable investments by $94 million since signing on to the Montreal Carbon Pledge in 2015, according to the release. That total includes “$19 million in renewable energy, $64 million in low-carbon equities, and $11 million in ’green’ bonds.”

uOttawa will also match a $2-million endowment from the Montreal-based Jarislowsky Foundation for a new chair “to support research that will identify fiscal policies to reinforce climate-friendly behavior.”

Climate Justice Climatique uOttawa (CJCUO) “applauds” the university for its commitment to divest by 2030, spokesperson Erica Leighton told The Energy Mix in an email. But the group will continue to push back on what it sees as a “complete lack of transparency” on the nature of its holdings.

The university’s pledge to adopt formal principles for responsible and sustainable investing is “a step in the right direction,” but such principles alone will not “hold the university accountable to specific targets and they do not completely screen out fossil fuel companies,” wrote Leighton.

The CJCUO is pushing uOttawa to “reinvest in a just and sustainable manner,” and to pursue community reinvestment. The university did not respond to a request for comment.

The student union has also called on the university’s administration to disclose all its holdings, arguing that “students deserve to know where their tuition money is going”. But UOSU President Tim Gulliver told The Fulcrum the union is “pleased that after years of campaigning, uOttawa has listened to students, turned away from the planet-ruining fossil fuel industry, and taken this important step towards a greener and more ethical university.”