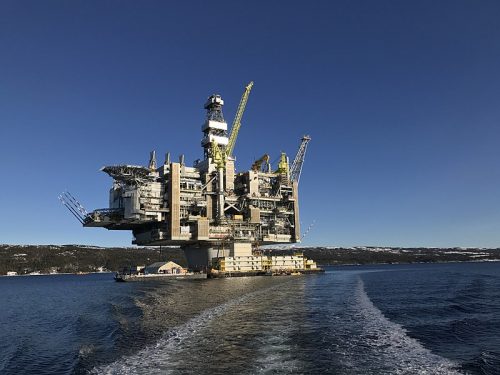 Pressure is beginning to build against Newfoundland and Labrador’s latest offshore oil venture, the 200,000-barrel-per-day Bay du Nord offshore oil development, with provincial NDP leader Jim Dinn speaking out about the climate costs of the proposal and demanding a just transition for the province’s oil and gas work force.

On Friday, Dinn said endorsing a fossil fuel project at a time when governments are committing to rapid emission reductions is a sign that Newfoundland and Labrador’s Liberal government “just doesn’t get it.”

Scheduled for a decision on March 6, the Bay du Nord development is located some 500 kilometres east of St. John’s in the Flemish Pass. It holds potential for 300 million barrels of oil and an estimated $3.5 billion in federal revenues, reports CBC News, citing Norwegian state fossil Equinor, a key stakeholder in the project.

Equinor has promised Bay du Nord will bring 11,000 person-years of employment to the province. But the project will not proceed without approval from federal Environment Minister Steven Guilbeault. Radio Canada reported deep divisions within PM Justin Trudeau’s inner circle over the fate of Bay du Nord, with Freeland in favour of the project’s economic benefits, but several federal Liberal ministers from Ontario, Quebec, and British Columbia standing opposed.

MP Joanne Thompson (L-St. John’s East) maintains the development would provide an “economic boon” for the province for years to come, and provincial energy minister Andrew Parsons has made similar supportive statements. With the province forecasting a deficit of C$826 million and net debt of $17.2 billion, revenue from the proposed Bay du Nord site makes the project “critical” to the N.L.’s economy, he said in early February.

But Dinn maintained that officials “cannot continue to be ignorant of climate science.”

“The science is clear,” he said in an emailed statement to CBC. “We need to keep oil in the ground and our focus must immediately turn to how workers are going to be transitioned to our new economy.”

Thompson has insisted the project is critical to helping the province shift out of fossil fuels.

“We still need to [make the] transition from oil and gas,” she said. “We know that. But in the meantime, this is a clean project—probably one of the cleanest in the world. Why should this… not be the source of our oil and gas in this transition period?” [Whatever decarbonization efforts Thompson may be counting on at the well site, her definition of “clean” doesn’t likely include the 80% of emissions in a barrel of oil that occur when the product reaches its final destination and is used as directed—Ed.]

In his statement, Dinn called on the provincial government to “release the just transition support plan that workers are owed, and stop forcing them through this cycle of fear and false hope.” Workers cannot continue to be “held hostage” by a volatile industry in active decline, he added.

An expert review of Equinor and partner Husky Oil’s environmental impact statement found [pdf] “several instances in which available information was omitted and/or mischaracterized” by the proponents, prompting the federal Department of Fisheries and Oceans to conclude that the EIS and its findings “lack credibility”.

The Impact Assessment Agency of Canada is receiving comments on the project here, with the Sierra Club Canada Foundation casting the March 6 decision as the “first real test” of Ottawa’s latest commitment to climate action.

University of Ottawa Pledges to Dump Direct Fossil Investments by 2023