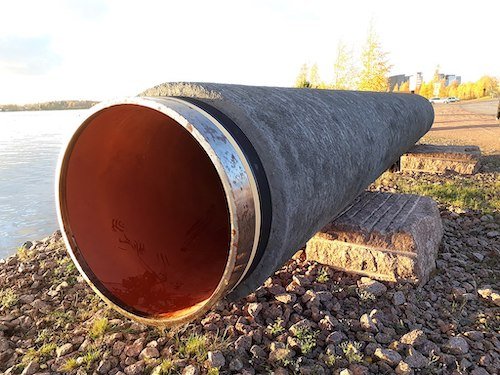 Earlier this month, as speculation that Russia was preparing to invade Ukraine mounted, ABC News reported that “the spectre of a military confrontation” was “pumping fresh life into the debate over whether U.S. President Joe Biden’s climate agenda is brushing up against difficult geopolitical realities.”

The story, produced by the network’s newly-formed climate unit and ABC’s investigative team, was perhaps the first in U.S. media to examine the climate angle of the Ukraine conflict, writes Covering Climate Now co-founder and executive director Mark Hertsgaard, in an opinion piece for Columbia Journalism Review. He says it should not be the last.

Even as newsrooms provide steady updates on the most immediate elements concerning Ukraine, from military maneuvers to diplomatic negotiations, they must help audiences understand the Ukraine conflict in its broader context.

Energy—especially the supply and price of methane gas—is an intrinsic part of the international tensions at the Ukrainian border. Russia has long supplied much of the gas used to heat homes and power factories in Europe, especially in Germany. There has been abundant coverage of the Nord Stream 2 pipeline, which runs between Russia and Germany and could double the former’s gas exports to Europe, and which Biden and German Chancellor Olaf Scholz pledged to block if Russia did invade Ukraine. Scholz followed through on that threat yesterday.

However, Hertsgaard says that coverage has rarely explored the climate dimensions at hand.

Military officials and security analysts in numerous countries have been incorporating climate change into their planning and proposals for decades. Even under former U.S. president George W. Bush, who downplayed climate science and shunned climate action, the Pentagon was studying how drought and other forms of extreme weather might trigger military conflict, including nuclear war, between India and Pakistan. Journalists need to catch up.

ABC’s February 11 story, by Lucien Bruggeman, admirably pulled together both the energy and climate dimensions of the Ukraine conflict. Bruggeman briefly touched on recent arguments from “oil interests and Republican lawmakers,” including an American Petroleum Institute spokesperson and U.S. Senator Lisa Murkowski, that suggested Biden had inadvertently strengthened Russia’s hand in the Ukraine conflict by cutting U.S. fossil fuel production in the name of combating climate change, then brought in comments from experts across the ideological spectrum to call out that red herring.

Erin Sikorsky, a former intelligence official who directs the U.S. Center for Climate and Security, advised administration critics and conflict spectators not to conflate “the short-term crisis and the long-term strategy.” The global economy is increasingly leaving fossil fuels behind in favour of renewable energy, and the U.S. should hasten that transition, experts reasoned, precisely to avoid the dependence on imported gas that makes Europe vulnerable to Russian pressure in the current crisis.

Ukraine, a major grain exporter, has also been walloped by droughts in recent years—another climate story with international consequences that has seen relatively sparse coverage. The country has long ranked among the most productive agricultural areas on Earth—under the old Soviet Union, it was the nation’s breadbasket—but climate change is dramatically decreasing output and, by extension, threatening the stability of food prices around the world.

A report from the Atlantic Council last year emphasized the impacts of drought on Ukraine’s grain exports, noting that they had “fallen sharply year-on-year during the current season due to smaller harvests caused by severe drought conditions.” When an agricultural power as important as Ukraine suddenly starts producing and exporting much less food, it is a recipe for social dislocation, human suffering, and political unrest, both inside the country and beyond. Less production translates into higher prices, and the price of food is something people everywhere care about.

In the New York Times in 2013, columnist Thomas L. Friedman reported on how a severe drought, fueled by climate change, helped trigger the popular uprising that evolved into one of the most vicious civil wars of modern times. Samir Aita, a Syrian economist, told Friedman that while the drought did not directly bring about the war, the failure of Syrian strongman Bashar al-Assad to support those people imperiled by the drought politicized “a lot of very simple farmers and their kids.”

A subsequent report from the Center for American Progress, the Center for Climate and Security, and the Stimson Center likewise argued that drought had hastened the Arab Spring uprisings. The Middle East and North Africa were “already dealing with internal sociopolitical, economic, and climatic tensions,” Scientific American wrote, drawing on that report. “The 2010 global food crisis helped drive it over the edge.”

“Drought is the overriding danger as climate change intensifies,” Hertsgaard wrote in his book HOT: Living Through the Next Fifty Years on Earth. “Floods may attract more media coverage, but historically droughts have killed far more people.” A peer-reviewed article published in the journal Nature last week concluded that the extreme drought gripping the southwestern United States has made for the driest two decades the region has seen in the last 1,200 years.

With heat-trapping emissions and global temperatures both continuing to rise, drought is bound to keep afflicting the U.S., Ukraine, and many other regions of the world. The consequences—for food production, social stability, and war and peace—are immense. News coverage should treat them accordingly.