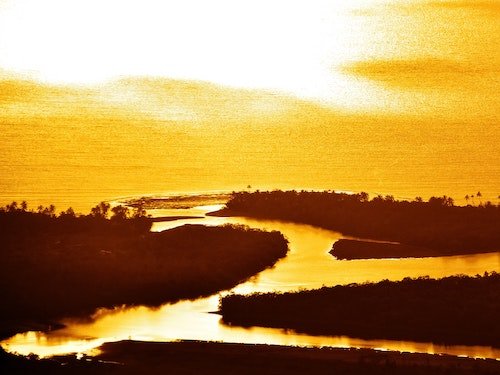 There’s still time for decisive actions that would stabilize global temperatures over a span of three or four years, rather than three or four decades, but only if countries move swiftly to bring greenhouse gas emissions to zero, two senior climate scientists said Thursday, during a webinar hosted by the Covering Climate Now (CCNow) news collaborative.

“The gist of this largely unknown science is that, contrary to long-held assumptions, large amounts of temperature rise are not necessarily locked into the Earth’s climate system,” said CCNow co-founder and executive director Mark Hertsgaard. “As soon as emissions are cut to zero, temperature rise can stop in as little as three years. Three years, not the 30 to 40 years that almost all of us as journalists thought was the scientific consensus.”

That means humanity “can still limit temperature rise to the 1.5°C target,” Hertsgaard added, “but only if we take strong action now.”

The science behind that conclusion dates back more than a decade, but “it didn’t fully penetrate into the scientific community until more recently,” Pennsylvania State University climatologist Michael Mann told participants. It was reflected in the alarming science assessment published by the Intergovernmental Panel on Climate Change (IPCC) last August, with its explanation of the “near-linear relationship” between emissions and global warming and its calculation of the global carbon budget still available to keep average warming below the 1.5°C threshold.

And Scientific American magazine told the story in October, in a feature post that was syndicated by CCNow.

Now, with the IPCC set to release a comprehensive climate impacts report February 28, Mann pointed to the limitations in global climate modelling to call for rapid action to reduce emissions—in sharp contrast to the recent behaviour of major governments and financial institutions. With scientists still learning about key climate tipping points like ocean warming, the disintegration of the world’s major ice sheets, and the pace at which big, natural carbon stores like the Amazon are becoming net sources of emissions, “we’re not confident that we have all the relevant processes represented in the models,” he explained.

“Which speaks to the fact that there is a lot of uncertainty,” he said, and “uncertainty is not our friend here.”

The Faucet and the Drain

Mann traced the prospect of stable temperatures within three to four years back to the science behind the carbon budget concept—that surface temperatures are a function of cumulative carbon emissions over time, and stabilize once carbon is no longer being burned.

“We aren’t as committed to additional decades of warming as we thought we were,” he said, but “we haven’t really done a good job of unpacking the science behind that.”

Past climate models showed temperatures rising for decades after new carbon dioxide entered the system due to the massive amount of heat stored in oceans, and the time it would take for oceans and the atmosphere to reach equilibrium, Mann explained. But the models missed a piece of the puzzle: When new CO2 emissions stop, the balancing between oceans and atmosphere continues, while the oceans and other natural sinks continue pulling carbon out of the atmosphere.

“Those two things are equal and opposite,” he said, so “if you stop emitting carbon, surface temperatures stabilize within a few years.”

He compared the dynamic to the water in a kitchen sink. With the faucet open and the drain closed, the water continues to rise. Shutting the faucet stops new water from entering the system, but opening the drain actually brings down the level.

“The drain is those natural sinks,” and “that really is the crux of the carbon cycle dynamics,” he said. While climate scientists were focused on the faucet, “we weren’t talking about the drain being open, and that’s a critical component.”

As with any scientific result, there are caveats. Continued ocean warming destabilizes ice shelves, at a time when the U.S. National Oceanic and Atmospheric Administration is already projecting one foot/0.3 metres of sea level rise in the next 30 years. And a combination of warming, drying, and deforestation in regions like the Amazon could turn a major carbon absorber, or sink, into a new source of emissions.

While those risks are built into global carbon models, “there’s potential for a lot of uncertainty,” Mann cautioned. But while the prospect of stabilizing temperatures faster is not a “get out of jail” card, it likely means “that we’ve got more time than we may have realized to do something.”

Resilience Has Its Limits

Saleemul Huq, director of the International Centre for Climate Change and Development in Bangladesh, said his country is one of the “biggest victims” of the 1.1°C average warming the world has seen so far. So “if anyone has a right to be doom and gloom, it’s us. But we’re not.”

With 170 million people living close to two of the world’s biggest rivers and regularly subject to flooding and cyclones, he said the country is leading the world in a form of locally-led adaptation, with one of the highest levels of public climate awareness anywhere.

While no country anywhere is more vulnerable to rising seas than Bangladesh, Huq said the immediate risk depends on location. “If the land is stable, you get a certain amount of sea level rise,” he said. “If the land is subsiding, you get an additional increase in salinity,” so that species that can stand the change are now more likely to survive in the country’s mangrove forests, and rice farmers now willingly pay a premium for salt-resistant varieties developed by Bangladeshi scientists.

But while climate change has forced the most vulnerable people in Bangladesh to become “the best adapters in the world,” he added, beyond a certain point “we will not be able to adapt and cope, and people will have to move.” The issue of compensation for the irreversible loss and damage facing vulnerable countries “is not going to go away,” even though negotiations at last year’s COP 26 climate summit in Glasgow failed to solve it.

During the webinar, reporters asked why the “very important science” showing the potential to quickly stabilize global temperatures was buried when the IPCC released its working group report last August. Mann said the missed signal went back to the way climate scientists communicate.

“Sometimes we don’t necessarily connect the dots,” he said. “We can jump from Point A to Point B based on our scientific knowledge and expertise, so we skip steps and sometimes we don’t show our work.”

Hertsgaard said scientists don’t always realize what other people don’t know, adding that journalists share responsibility for getting those stories told. He urged webinar participants to include the new carbon budget calculations in their climate coverage, even if they were first (quietly) reported half a year ago.

“We have to get over this idea that because something isn’t new, it isn’t news,” he said. “News is also what’s important, and if something is important and we missed it, our audiences should not pay for that.”

‘We’re Not Necessarily Doomed After All’

The new analysis matters, Hertsgaard added, because it shifts the public conversation on the climate emergency at three levels: psychology, politics, and policy.

“The psychology is that we can stop the temperature rise within three years once we zero out emissions, so that means we’re not necessarily doomed after all,” he said. “Yes, there’s a lot of stuff still locked in,” and there’s still a lot of work to do. “But if we lower emissions quickly, we can get there. We can avoid the worst.”

That shift in psychology makes it more obvious to more people that it’s worthwhile to march, vote, and organize for change, and “then the policies you can pursue become different,” he said. For practitioners of solutions journalism, “this is not cheerleading or optimism or saying ‘go do it’ and campaigning. It’s telling the whole story. It’s reporting on the problem, but also on what the solution is.”