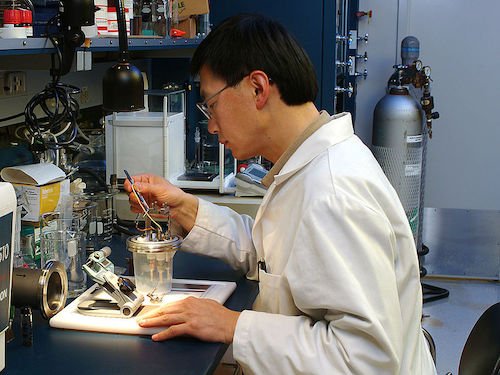 Recycled lithium-ion batteries may outclass their newly-mined counterparts and alleviate the environmental problems and materials shortages plaguing the battery industry, thanks to a new process that delivers superior electrochemical performance.

The battery industry is expected to grow ten-fold in the next decade, and mining lithium to meet skyrocketing demand will have environmental impacts. Recycling offers a way out, but so far consumers and manufacturers have been concerned that recycled batteries are of inherently lower quality than new ones, writes Scientific American.

The prevailing recycling method dismantles and shreds the entire battery, then melts it down or dissolved it in acid to create “a black mass—with a texture that can vary from powder to goo—from which chemical elements or simple compounds can be salvaged.” The recovered products are then made into cathodes in the same way that newly mined elements are used. But melting the entire battery down throws off the precise balance of minerals needed to create an effective cathode and can compromise the battery’s performance, Scientific American says.

The new process developed by Wang and his colleagues is similar, but recycles the less expensive battery components—electronic circuits, steel battery casing—separately, while keeping the old cathode’s crucial composition intact. The cathode material is dissolved in acid to remove impurities, then fresh elements like nickel and cobalt are added, to end up with a ratio of ingredients that is “just right.”

A few further steps result in an effectively refreshed cathode powder. Compared to new batteries and those made with the old recycling method, the new powder has more porous particles with large voids in their centres. These characteristics give room for “the cathode crystal to swell slightly as lithium ions squeeze into it, and this wiggle room keeps the crystal from cracking as easily as cathodes built from scratch,” says Scientific American. Cracking is a major cause of battery degradation over time.

More pores also create more exposed surface area where chemical reactions occur to charge batteries, which is why Wang’s recycled batteries charge faster than their commercially manufactured counterparts. Wang said future developments for the battery industry could include designing all cathodes to have “this superior structure rather than just those made from recycled stuff.”