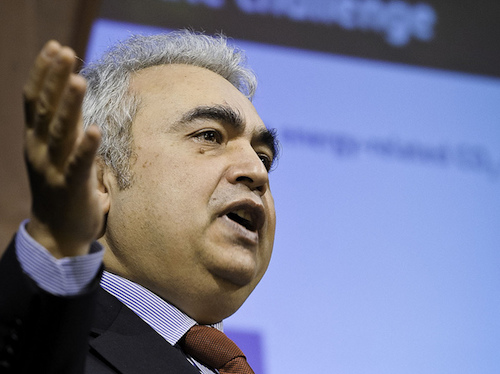 Academics and activists are pressing the International Energy Agency (IEA) to make its data available to everyone for free, warning that the organization’s prohibitive subscription fees impede non-profits and independent researchers from contributing to climate science.

It costs nearly US$18,000 for a full annual subscription to unlock the data behind the IEA’s highly influential reports on global energy systems, reports Inside Climate News.

The 30 member countries on the IEA’s governing board—including the United States, Germany, and most of the world’s wealthiest nations—can afford the fees. But for non-profits, independent researchers, and less wealthy countries, IEA paywalls are a “major roadblock” to climate-related research efforts.

“The fact that this crucial energy data is paywalled means that research in this area is much more inefficient than it needs to be,” said Hannah Ritchie, research head at the Oxford-based Our World in Data centre.

“Many researchers are all doing the same analyses because they cannot work from the same single dataset,” she added. ”They have to waste time by finding workarounds to using the IEA data, and open collaboration is hindered. This is expensive.”

The paywall provides nearly 25% of the IEA’s budget through sales to private companies and consultancies that use the data for commercial purposes. While the IEA’s chief funders can evaluate and interpret data for their own purposes, other countries are forced to rely on data from UK-based colossal fossil BP, Ritchie writes in Nature.

But BP’s dataset doesn’t include information about most low-income countries, breakdowns by sectors, or numbers on the “final energy” consumed after calculating wastage, she explains.

“The statistical work of the IEA is of immense value. It is the only source of energy data that captures the full range of metrics needed to understand the global energy transition,” Ritchie says, adding that none of the alternative data sources come close to the coverage and depth of the IEA data.

Ritchie and Max Roser, Our World in Data’s founder, launched a campaign in 2020 to push the IEA to eliminate its paywalls, and in 2021 issued an open letter to Executive Director Fatih Birol that was co-signed by more than 30 academics. After learning of the campaign, the Oakland, California-based Breakthrough Institute started an online petition to get the paywalls removed.

According to Inside Climate, reports indicate that Birol has submitted a proposal to the IEA governing board to make all of the agency’s data publicly available at no cost. The proposal will have to be approved by member countries at the agency’s next ministerial meeting, which was postponed from January to March because of the pandemic.

“We are exploring options and timetables to make more data available for free while at the same time maintaining the financial stability of the agency,” IEA Head of Communication, Jad Mouawad said in the statement.