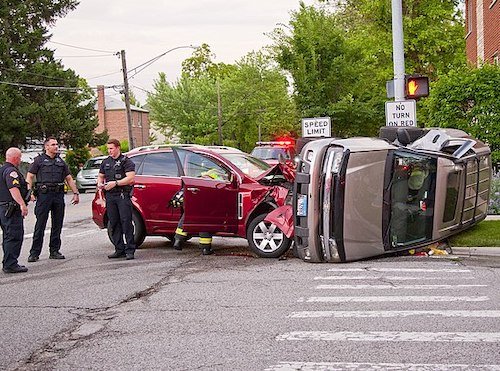 As United States officials offer road safety policies to address the 20,000 car-related deaths in just the first half of 2021, transport experts say streets will be much safer for everyone only when the government invests more in public transit and rethinks old patterns of land use.

Early 2021 saw an 18% surge in car crashes in the U.S., the highest number since 2006, reports The Guardian. U.S. Transportation Secretary Pete Buttigieg called the death toll, which is claiming the lives of about 3,000 people a month, “a national crisis” as he unveiled a new road safety strategy last week.

Analysts say the rise in fatalities may owe in part to drivers being more inclined to speed on roads made empty by work-from-home policies, along with a pandemic-related spike in reckless behaviours like driving drunk or without a seatbelt. Pedestrians or cyclists hit by cars while riding on roads designed for motor vehicles are included in the death toll.

Meanwhile, public transit use has plummeted across the U.S. thanks to businesses being shuttered, COVID restrictions, and a fear of the virus. “Commuter rail alone reported a 79% decline in ridership in the year to September 2020,” The Guardian writes.

And even as America slowly emerges from the pandemic, federal data shows transit ridership across all modes stuck at roughly 50% of pre-pandemic levels.

While the Biden administration’s new road safety strategy does contain elements intended to ensure a safer journey for all, especially pedestrians and cyclists, “huge problems” will follow if the U.S. doesn’t see major changes in transit ridership and land use, said Tara Goddard, transportation safety expert at Texas A&M University.

“We will see emissions as horrible as they are now, road safety numbers as bad as now, inequities and social problems as bad as they are now,” she warned. “If we aren’t committed to serious change, we will have a lot of problems.”

Goddard added that while she sees a “glimmer of hope” in the Biden administration’s move to allocate US$109 billion in grant funds to public transit projects in its infrastructure bill, she worries that policy-makers are too focused on electric vehicles.

For both safety and social justice reasons, “we need to focus on land use solutions, so people don’t have to travel as much because things are closer to them, where driving isn’t the only option,” Goddard said. “EVs certainly have a role to play, but if you get hit at 45 mph, it doesn’t matter if it’s an EV or gas-powered car.”