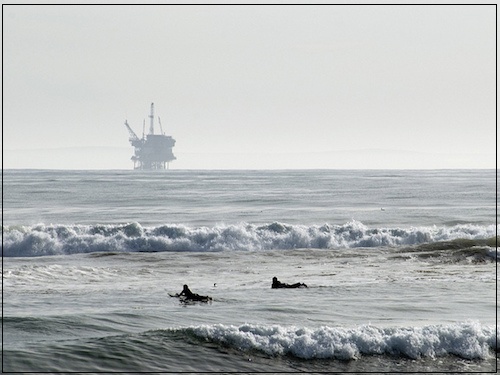 Anxiety is running high in Newfoundland and Labrador as the province waits on a federal decision about a proposed offshore oil project about 500 kilometres east of St. John’s.

Equinor’s Bay du Nord project would open a fifth oilfield for the cash-strapped province, whose oil sector was hit hard by the COVID-19 pandemic and crashing global prices, The Canadian Press reports. But there is mounting concern an approval from Ottawa would undermine federal climate commitments and send a message to other provinces that oil and gas is a viable industry on which they can hook their financial hopes.

“If we’re going to be serious about our net-zero commitment and our international commitments, then we cannot approve any new oil and gas projects,” said Debora VanNijnatten, a public policy expert and associate political science professor at Wilfrid Laurier University.

“And we have to have a plan to help those regions that we say ‘no’ to,” she added in a recent interview.

Oil accounted for nearly 21% of Newfoundland and Labrador’s GDP in 2019, according to its latest budget, which also forecasted a deficit of C$826 million and a net debt of $17.2 billion. With an estimated 800 million recoverable barrels of oil in the proposed Bay du Nord site, the project is “critical to the Newfoundland and Labrador economy,” said a statement Thursday from Energy Minister Andrew Parsons.

Meanwhile, Canada has committed to achieving net-zero emissions by 2050 and to doing its part to limit global warming to 1.5°C. Bay du Nord is also among the first oil and gas projects to be considered for approval by the federal government since the International Energy Agency declared in May there can be no investment in new fossil fuel supply projects if the world is going to hit net-zero targets by 2050.

Beyond emissions, Bay du Nord is raising concerns about biodiversity in the offshore region where Norwegian state fossil Equinor wants to extract 200,000 barrels of oil per day. “This oil field is smack in the middle of the Sackville Spur, an area of incredible marine biodiversity—crazy with whales, corals, birds, and rich fishing grounds,” tweeted Dr. Laura Joan Feyrer, a research science with Fisheries and Oceans Canada. “It was my PhD field site, but because it’s offshore, few people know about it. It definitely needs better protection!”

“I wonder how much @Equinor, @SeamusORegan, and @cafreeland are talking about this incredible biodiversity they are jeopardizing as they fight ‘tooth and nail’ to scrape the bottom of the oil barrel?” replied Gretchen Fitzgerald, Halifax-based national program director at the Sierra Club Canada Foundation, in a tweet that was also tagged to Guilbeault, local media, CBC News, and Radio-Canada. “Let’s be smarter.”

Last Monday, the federal government rejected GNL Quebec’s proposed $14-billion liquefied natural gas project in Quebec’s Saguenay region, CP says. A news release about the decision said the Impact Assessment Agency of Canada found the project could have adverse environmental effects due to an increase in greenhouse gases, among other concerns.

VanNijnatten noted that Environment Minister Steven Guilbeault is also putting together a national emissions reduction plan, due at the end of March. “I’m sure he’s right now hearing from a whole bunch of stakeholders that are saying, ‘No, you can’t approve any more oil and gas projects,”’ she said.

Rob Strong has been a consultant in Newfoundland and Labrador’s oil and gas industry for decades, and he said he feels a growing hesitancy from the federal government to keep supporting the fossil fuel industry. “I’m concerned,” he said Friday about the Bay du Nord project.

Newfoundland and Labrador’s Progressive Conservatives held a press conference that afternoon demanding Liberal Premier Andrew Furey do something to ensure Bay du Nord’s approval. On Friday, they called for the legislature to be opened for an emergency debate about the project.

Joanne Thompson, member of Parliament for St. John’s East, issued a statement Friday calling for “united support” for the project.

Kathryn Harrison, a political science professor at the University of British Columbia, said Bay du Nord puts Ottawa in a complicated position. “If the federal government said yes to this, how would they justify that as being consistent with Canada’s own international commitments?” she asked.

In his statement Thursday, Parsons cast Bay du Nord as “the most carbon efficient development of its scale in Canada.” It’s also a key component of the province’s mission of developing “responsible oil” while meeting its net-zero goals, he added.

Feyrer retorted on Twitter that a ship-based oil spill off the cost had just occurred Friday, and was hard to contain because of winter conditions. “How does #NFLD think approving the offshore Bay du Nord floating platform represents ‘responsible oil development’?” she asked.

Both VanNijnatten and Harrison said the province’s approach only addresses the emissions released when the oil is extracted, not the 80% or more emitted when it’s ultimately exported and burned elsewhere, CP writes. Those downstream emissions, Harrison said, undercut Canada’s commitment to limit global warming to 1.5°C.

“We’ve tended to have two very separate conversations, one about our commitment to reducing Canada’s emissions and then about our fossil fuel exports,” she told CP.

Harrison said Bay du Nord provides an opportunity for Ottawa to send a clear message that it’s committed to its domestic emissions reduction goals and takes responsibility for its contribution to global emissions.