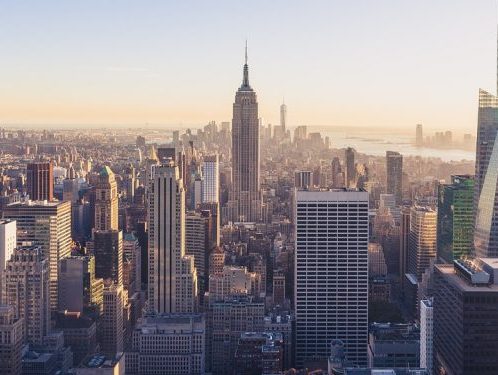 An uproar over a last-minute rewrite of a plan to protect Lower Manhattan from storm surge and sea level rise shows the importance of fully informed, effective community consultation in building climate resilience.

“They switched the plan after four years of consulting the community and actually co-designing a real resilience plan,” a resident local to the contentious New York City site told Grist. Quietly changing the plan at the last minute “fomented incredible mistrust,” said Harriet Hirshorn, who lives in the Lower East Side of Manhattan, where part of the 57.5-acre East River Park was supposed to become a buffer from rising waters.

Back in 2018, after four years of community consultation, the city had come up with a plan to build an “undulating berm”—an elevated piece of land covered in plants and trees—through the 90-year-old park. The addition would likely have seen the park periodically underwater, as a de facto flood plain, but it would otherwise have remained untouched, reports Grist.

By March 2018, however, the city had scrapped the plan, citing a new engineering review that it declared it impractical and too expensive. One concern was that “the berm was to be built on high-voltage power lines owned by Consolidated Edison, the largest investor-owned utility in the United States, which would require the company to build a tunnel around its lines.”

Tossing out the berm plan, the city then declared a new one, with zero community input: turn the old park into a seawall, using eight feet of landfill and a lot of concrete, and build a new park on top.

Work began on the seawall in December, following almost three years of fierce opposition from East River Park Action, a small but determined group of East River Park devotees. In addition to pointing out that the initial plan was cheaper, and preserved a beloved heritage green space, the group “questioned the city’s decision not to turn the park into a flood plain when the threat of flash downpours is on the rise”—witness the flooding on the tail end of Hurricane Ida that inundated the borough of Queens last fall.

Karen Imas, vice president of programs at the New York-based Waterfront Alliance, called the city’s reversal on the East River berm “a case study in how not to do things”. She told Grist that “when you need to revisit a project or revisit designs, you really need to make sure the community is a partner, and that they really understand why certain decisions are being made.”

At the same time, “it’s not always easy to tell the difference between communities asking in good faith for more input on climate resilience projects and those attempting to derail initiatives that would benefit the common good”—as wealthy coastal property owners in New York state did, Grist says, when they opposed new federal flood maps that accurately depicted their insurance risk. And there may be traces of this problem in the East River Park dispute.

“Much of the vitriol against the city’s revised plan came from a particularly vocal group of middle- and upper-class white residents who had a sentimental attachment to the park,” writes Grist. Public housing leaders from the neighbourhood, on the other hand, “initially opposed the new park plan but quickly reversed course and threw their support behind the project.” (Grist doesn’t say why they changed their minds.)

Elsewhere, the city succeeded with a plan to build a flood barrier from the Manhattan side of the Brooklyn Bridge south and round the Financial District and Seaport neighborhoods. Imas said that project benefited from a two-year process, with informed participation from the community.

“There was a lot of feedback and a lot of changes to the design that were born out of community feedback,” she said. “It wasn’t just marginally tweaking at the edges but real, substantive change based on what they heard from the community,” and not just from those with financial and social capital.