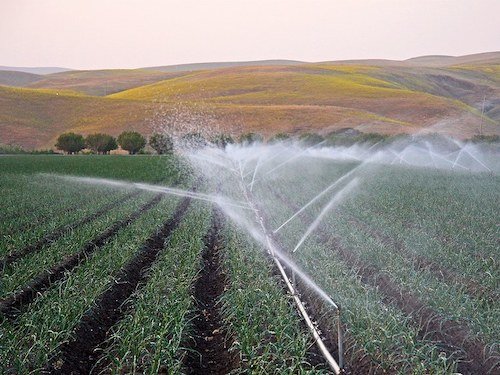 Embroiled in a drought that has afflicted the region since May, communities in the American West and High Plains are finding new solutions for water conservation, but exploitative corporate practices can thwart their progress.

“It is no secret that one of the worst droughts in 1,000 years is intensifying heat waves and megafires; that historic drops in surface water levels coincide with historic spikes in demand as the region grows hotter, drier, and more populated; or that conflicts are escalating over who gets to use how much of what remains,” writes anthropology professor Lucas Bessire for The Atlantic.

“Acute scarcity drives the search for water underground. But the West’s major aquifers are in trouble, too.”

Bessire says far more groundwater is being pumped out than can be replenished, and most dry-area aquifers are disappearing, including two primary groundwater systems in the United States: California’s Central Valley aquifer, and the Ogallala Aquifer underlying heartland states from South Dakota to Texas.

“If we lose these aquifers,” he writes, “we lose nearly 20% of the world’s grain crop, more than 40% of America’s beef production, and about 40% of the vegetables, nuts, and fruits consumed in the U.S.”

With the rest of California struggling with water scarcity, the city of Los Angeles’ reliance on outside water sources makes it, and the areas hosting those sources, particularly vulnerable to shortages. The city’s policy-makers are working to improve supply by investing in infrastructure to improve water resilience—they’re expanding catch basins and inlets to recharge aquifers, upgrading treatment plants to recycle wastewater, and aiming to double rainwater capture capacity over 15 years, reports Bloomberg Green + CityLab.

But Peter Gleick, co-founder and president emeritus of the Pacific Institute, cautions that the emphasis on infrastructure may overshadow the vital need to conserve water.

“The water they’ve failed to save is water that is not in our reservoirs or streams any longer but could have been,” he told Bloomberg. If this year is dry—and so far it has been—“they may be sorry that they weren’t more proactive.”

Bessire points to the “preference of powerful agribusiness interests to continue pumping what water is left” as a continuing challenge. “Corporate profiteering is a major driver of depletion,” he writes, adding that some of the nation’s largest meatpacking plants, mega-dairies, and ethanol factories have moved into the region.

“When one area goes dry, such businesses just move to another, while local residents are left to face the growing bills,” he writes.

Much of the American High Plains are sucking aquifers dry as they turn to groundwater to help them weather scanty rainfall, Bessire says. In 2016, farmers in northwestern Kansas presented one solution by voluntarily coordinating with their groundwater management district to cut extraction. More farmers are also speaking out and calling for state officials to set fair limits on groundwater use.

“One myth about aquifer decline is that conservative rural farmers are solely to blame for this self-destructive loss. This is not true,” states Bessire. “Instead, farmers’ choices to continue pumping groundwater reflect a wider system of finance, profiteering, and resource consumption.”

While farmers may want to limit water use, he explains, federal subsidies, crop insurance, bank loans, and other aid often encourage wasteful practices. Corporations that derive hefty profits from exploiting groundwater resources can also influence groundwater governance through districts that restrict voting to residents owning at least 40 acres of land or withdrawing at least one acre-foot of groundwater per year.

“The people allowed to decide the fate of the Ogallala Aquifer include the same producers and corporations that reap the most short-term benefits from draining it,” Bessire says. “The majority of rural Kansans are excluded from the processes that will determine the long-term futures of their families and communities. The burdens fall most heavily on those already struggling to make ends meet.”

Making aquifer use sustainable will require ambitious systemic changes that require “better policy, public action, personal responsibility, and political leadership,” and designing water use benchmarks with mandatory restrictions for transgressions and guidelines that are transparent, effective, and equitable, he concludes.

“Everyone—including small farmers, growing cities, and giant agribusinesses—should be held to the same standards of sustainability and pay for what they use,” Bessire says.