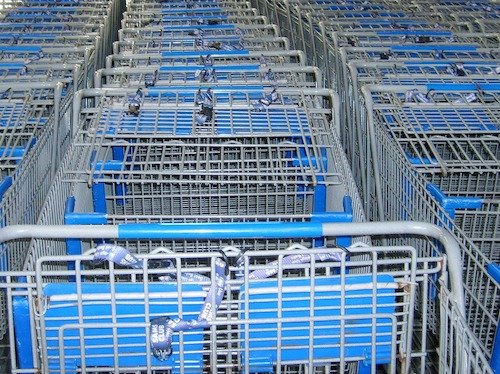 Walmart’s plan to prevent the release of 900 million tonnes of greenhouse gases by 2030 offers financing for its smaller suppliers, but only after they set science-based targets for their emissions reductions.

The retail behemoth’s Project Gigaton requires suppliers to set at least three sustainability goals and work towards a 1.5°C target if they want low-interest financing from HSBC, reports GreenBiz.

“Decarbonizing this level of industry is vital for larger businesses to reach net-zero and to significantly draw down carbon emissions,” the news story states. “Like many retailers, most of Walmart’s emissions come from Scope 3 relationships, many of which are with smaller suppliers.”

Project Gigaton has resulted in 230 million tonnes of avoided emissions since it launched in 2017, according to Walmart’s website. The alliance with HSBC started in 2019 to increase supplier access to capital, using Walmart’s stronger credit rating to negotiate better payment terms on their behalf. The arrangement created an opportunity for both the retailer and the bank “to make headway on their net-zero goals through client and supplier engagement,” says GreenBiz.

Now, UK-based CDP Worldwide will act as a third-party verifier to ensure that suppliers set science-based targets before they can tap into Project Gigaton financing.

“These suppliers don’t have easy access to capital,” said Jane Ewing, senior vice president for sustainability at Walmart. The program is designed for small and medium-sized businesses that don’t have their own environmental, social and governance (ESG) criteria or sustainability departments, and don’t necessarily know where to get started, she added.

“This is an incentive to get moving on the journey.”

New Solar Wall in Toronto is North America’s Biggest Ever