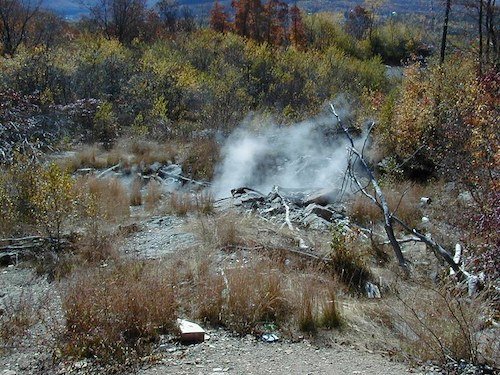 Authorities trying to determine the cause of December’s devastating wildfire in Colorado are considering whether the culprit was an underground coal fire.

The possibility has precedent in a pair of blazes sparked in Montana this past summer by slow-burning subterranean coal fires, writes The Associated Press.

There are two such fires smouldering in an abandoned coal field near Boulder, close to the area where multiple grass fires converged into one inferno that ravaged more than 1,000 homes and buildings, killing at least one person last December.

With the climate crisis turning vegetation tinder dry, AP adds that at least 259 underground coal mines were on fire in more than a dozen U.S. states as of last September, with “hundreds and possibly thousands” of others that may be burning, unbeknownst to authorities.

The dangers are hardly confined to the United States. India, Australia, South Africa, and especially China have known trouble from underground coal fires.

The blazes are trouble, said Colorado School of Mines engineering professor Jürgen Brune. They’re virtually impossible to put out, he told AP, since smothering the fire does no good when the small amount of oxygen present in the coal allows combustion to continue. And they can erupt onto the surface without warning.

“It’s like trying to predict an earthquake,” Brune said.

As local officials in Montana lay plans to map out burning coal seams across the states this spring, Bobbi Vannattan of the state’s Rosebud Conservation District, a former coal mining hub, told AP that controlling the underground blazes will be difficult, and will cost at least US$300,000 per site.

“The problem with coal seam fires is we don’t know how deep they are or how wide they are until you get in there and start digging,” Vannattan said.