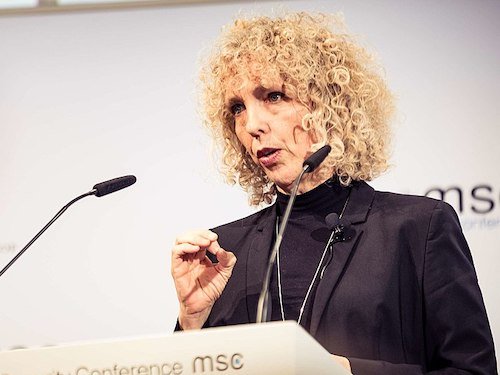 Morgan, a veteran climate campaigner and negotiator who previously served as global climate director for the World Resources Institute, had led Greenpeace since April 2016. Now, The Associated Press reports, she will be taking on a key role in a new centre-left government that has pledged to ramp up efforts to curb global warming, including as 2022 president of the Group of Seven (G7) major economies.

Morgan was to be formally announced in the new role today by German Foreign Minister and Green Party leader Annalena Baerbock, officials said. The officials spoke on condition of anonymity because Morgan’s appointment—first reported by German weekly Der Spiegel—must still be approved by the Cabinet.

The American-born campaigner has been a prominent figure in international climate diplomacy for years. Ahead of last year’s COP 26 climate summit in Glasgow, she warned in an AP interview that countries and companies could use the summit to “greenwash” their ongoing pollution of the planet.

During the COP, she also took the conference’s UK hosts to task for supporting new fossil fuel projects while claiming to assert international climate leadership. “The UK government is not giving a clear lead because it is still considering a potential new coal mine in Cumbria,” she said, around the midpoint of the two-week conference. “Net-zero could not include that, or planned new oil and gas fields in British waters. We see a lot of vagueness in plans to get to zero. It is also not a good look for the [UK] Chancellor to reduce taxation on flying the week before the conference. They are not walking the walk.”

Germany aims to stop adding further greenhouse gas to the atmosphere by 2045, one of the earliest net-zero targets set by a major industrialized nation, AP writes. But the government recently acknowledged that it is not on track to meet its emissions goals for 2030.

Climate activists have also blasted Germany’s plans to increase the use of natural gas until renewable sources can meet the energy demands of Europe’s biggest economy.

The main body of this Associated Press story was republished by The Canadian Press on February 8, 2022.