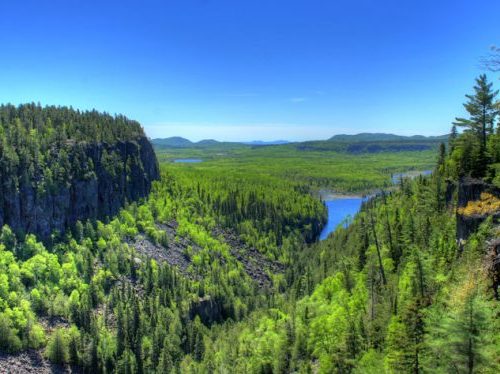 In the vast peatlands of Ontario’s James Bay Lowlands, a new region-wide approach to considering the potential impacts of northern mining development is dangerously close to sliding completely off the rails. And it may take Canada’s new “activist” Minister of Environment and Climate Change Steven Guilbeault with it.

Mineral deposits in the Ring of Fire have long fuelled Ontario’s interest in opening up the region, York University’s Dayna Nadine Scott writes for The Conversation. Now, dreams of a new nickel mine are driving plans for an electric vehicle manufacturing hub and leading Australian mining giant Wyloo to take over major mining stakes.

But the proposed all-season roads and related infrastructure that will be necessary for this transformation in the remote and ecologically sensitive area have generated significant controversy and conflict.

The government of Canada entered the fray in February 2020, when the previous minister of environment and climate change announced a regional assessment in the Ring of Fire, the first such major study to take place fully under the contested new Impact Assessment Act.

The move was welcomed by experts in environmental assessment, who noted the tools available in the new framework to allow for partnerships with Indigenous governing bodies and to assess the climate implications of proposed developments.

Most importantly, the regional assessment was expected to facilitate thorough considerations of alternative future options and scenarios, so as to determine which projects should go forward, how they should be sequenced in time, and how adverse impacts could be minimized—not just on a project-by-project basis, but on an overall, cumulative level.

But when the proposed terms of reference for that assessment were released by the federal Impact Assessment Agency at the end of 2021, all hopes of such an approach were dashed. In mid-January, the chiefs of five remote Indigenous communities close to and downstream from the Ring of Fire deposits met with Minister Guilbeault to demand he retract those terms of reference and start again.

I am co-director of a law school clinic that supports Neskantaga First Nation, whose chief, Wayne Moonias, was one of the five who appealed to the minister. I can attest to the fact that the chiefs spoke in no uncertain terms: they stated that the proposed terms of reference “wrongly excludes us Indigenous peoples from all but token roles.”

The Impact Assessment Agency of Canada, which reports to the Minister of the Environment, presumably negotiated the terms of reference with Ontario over the past year. They were likely solidified prior to Guilbeault coming into the portfolio. But the agency arguably set the new minister up for failure.

These terms propose that the governments of Canada and Ontario can together lead a major impact assessment process in an area exclusively occupied by Indigenous peoples without including Indigenous partners in the governance of the process. This is simply an untenable proposition.

The roads in question are very high stakes for people living in the region. Several of the Indigenous communities closest to the Ring of Fire deposits are remote—they can currently be accessed only by rail or, for a few short months of the year, by ice road. For two of those communities that have become road proponents, all-season roads promise connection, improved access to health care and education, and more reasonable construction costs and food prices.

But all-season roads are also fiercely opposed by other neighbouring and potentially affected First Nations that want their jurisdiction on the land recognized by the Crown before development that opens up their homelands begins.

Many First Nations and other observers have noted the potential for serious adverse effects, including lasting cumulative effects on peatlands and climate, further social and cultural disruption to harvesting rights and life ways, and the risks of sexual and gender-based violence to Indigenous women and girls, among others.

Approving new roads is a decision to open up a remote region in the far north—a decision from which there is no turning back.

The federal government’s own expert panel reported in 2019 that “should Indigenous groups without modern treaties wish to undertake their own impact assessment processes, they should be able to do so, and cooperation arrangements with these groups should be negotiated. Federal impact assessment governance structures and processes should support Indigenous jurisdiction.”

Many of the panel’s excellent recommendations were discarded as the Impact Assessment Act became a political lightning rod and was debated in the House of Commons and Senate over the years that followed. But these specific powers—to partner with Indigenous governing bodies on assessments—survived and became part of the new act.

During Parliamentary committee deliberation on the Impact Assessment Act, statements made by government officials—including then-minister of environment and climate change Catherine McKenna—indicated the government’s intention was to create a legislative scheme that would facilitate cooperation with Indigenous jurisdictions on impact assessment, in the spirit of reconciliation.

The new Act contemplates scenarios such as this—where it would be appropriate to make an Indigenous governing body a “partner jurisdiction” on the assessment—that is, a decision-maker on par with other jurisdictions, like Canada and Ontario. Further, Article 18 of the United Nations Declaration on the Rights of Indigenous Peoples states that when decisions affect their rights, Indigenous peoples have the right to participate at the decision-making level.

Despite these new powers being available in the Act, and despite Parliament’s subsequent passage of the Implementing the United Nations Declaration on the Rights of Indigenous Peoples Act (2021), the draft terms of reference demonstrate that Canada is unwilling to pick up these tools and put them to use.

The regional assessment in the Ring of Fire was meant to be the first complete regional assessment conducted under the new Act. It is an ecologically significant area exclusively occupied by Indigenous peoples. Leaders of affected communities have clearly communicated to the Impact Assessment Agency that they are willing partners on this assessment.

If Minister Guilbeault can’t apply these new legislative tools in this context, what hope do we have of ever making good use of them?

The communities that will see the greatest impacts from development in the Ring of Fire are the long-term stewards of the lands and have the most at stake. They depend on the ongoing ecological integrity of the region for their livelihoods through activities such as hunting, trapping, fishing, and gathering. They bring crucial knowledge otherwise unavailable to impact assessments. Their deep well of knowledge gives rise to their governing authority.

Lisa Beaucage, of the Chippewas of Nawash Unceded First Nation, wrote in the Globe and Mail that “the federal government needs to recognize that its policy towards Indigenous peoples merely extinguishes fires it has itself set.”

With this model for the regional assessment, Minister Guilbeault needs to recognize that Canada is just setting another fire. There is still time to pull back and reset the course.

The Canadian Press carried this post from The Conversation on January 27, 2022.