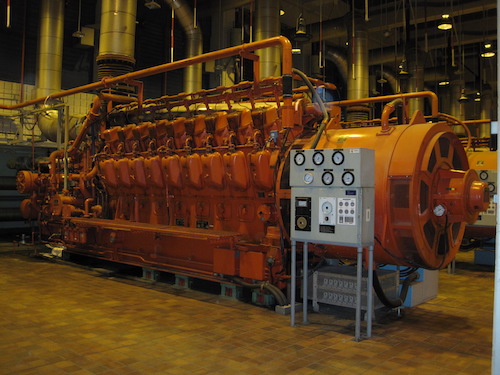 With the federal government on a mission to eliminate carbon-intensive, expensive diesel generators in remote Indigenous communities by 2030, an Indigenous financial agency is proposing a new investment mechanism to deliver faster results for the nearly 300 communities that still depend on the fuel.

The non-profit First Nations Finance Authority “is proposing a rethink of how Indigenous infrastructure is funded, and we believe there is a way to begin replacing diesel now rather than in some distant timeline down the road,” writes FNFA President and CEO Ernie Daniels in a recent post for Policy Options. “Our proposal, called ‘monetization’ ,offers an alternative to the federal government’s ‘pay as you go’ funding model for First Nations, which is pretty much as old as the Indian Act itself.”

Daniels compares the approach to a standard home mortgage. “Most people do not save up the full cost of a home before they buy it,” he writes. “They put down a downpayment and assume a mortgage to pay their house off over time. The same concept would apply to monetizing the funds required to finance the cost of converting communities from diesel to other forms of energy.”

With the federal government currently spending an estimated C$58 million per year on diesel purchases for First Nations communities, Daniels proposes allocating the same amount to the FNFA each year, enabling the authority to raise $500 million on private capital markets based on today’s interest rates. The FNFA is the right agency for the job because it “was created by Canada to be the financier for First Nations—paralleling a provincial treasury department,” Chief Operating Officer Steve Berna explained in an email to The Energy Mix.

That would be on top of the $2 billion in low-interest loans the FNFA has delivered to First Nations communities since it was created by an act of Parliament in 2005.

The cost of a diesel replacement varies by community, Berna wrote. But based on the local information the FNFA has been able to gather, Daniels says the annual cash infusion would be enough to “begin our efforts to end diesel dependency for between 15 and 25 First Nations communities.” The cost of the program “would be offset to a significant degree by savings on the annual costs of burning diesel.”

Daniels cites research by the Pembina Institute that points to “the extensive downside” of relying on diesel. “Transporting it can lead to spills that cause environmental degradation. Running diesel generators is also exceedingly expensive and unreliable and often leaves people shivering in the dark because of blackouts. It increases fuel poverty, which occurs when households are spending more than 10% of their household budgets to heat their homes and keep the lights on.”

And apart from the health and environmental benefits, “it also makes sound economic sense to start building the infrastructure now at today’s costs, at today’s lower interest rates, rather than waiting another decade or so to wean communities off diesel when inflation would only drive the capital costs higher,” he adds. “Contracts can include requirements to ensure the infrastructure is adequately maintained” for as long as the agreements run.

And “getting the work started now on diesel alternatives could create jobs and other spinoffs in communities that have been hard hit by the ongoing COVID-19 epidemic.”