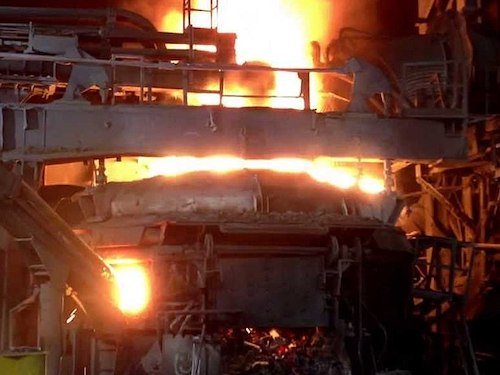 Higher prices for coking coal, driven by declining investment in new coal mines, may push steelmakers into a faster shift to low-carbon production methods, according to new analysis by McKinsey & Company.

The global consulting firm cites a variety of factors—from unexpectedly strong demand, to safety challenges and flooding in some mines in China—that drove the sharp cost increases, but notes that this is the third time in a dozen years that unexpected events have shifted the markets. The list includes flooding in Queensland, Australia in 2010 and 2011, and a cyclone that damaged Australia’s coal infrastructure in 2017.

But while those short-term price shocks have tended to even out, McKinsey points to a longer-term trend. “Investment in both coking coal mines and coke batteries has been declining and is expected to continue to decline, given sustainability concerns,” write analysts Friso De Clercq, Adrian Doyle, Tom Voet. “Banks and governments continue to announce that they are halting future investments in new coal mines. Investors are also wary of the risk represented by the long working life of a coke battery—the series of ovens used to bake coal in the production of coke—given an expected gradual shift away from coke-powered blast furnaces toward more gas-based reduction of iron ore.”

They authors also point to the shifting cost and availability of hydrogen as a factor that could undercut coking coal demand.

“Any imbalance in the market could lead to a real, prolonged capacity squeeze in both the coking coal and coke markets, leading to elevated prices,” they write. “As a result, alternative technologies would become economical earlier, which could potentially hasten the transition away from blast furnaces, reducing demand for metallurgical (met) coal at a faster rate, although met coal and coke will still have a significant role to play for some time to come.”

Just days after the McKinsey report, Swedish steelmaker SSAB AB announced a kr 45 billion/US$4.8 billion investment through 2030 to turn its Lulea and Raahe plants in Sweden and Finland into “cost-effective mini-mills” with electric arc furnaces. The Nordic strip production facilities are among the region’s top sources of greenhouse gases, Bloomberg Green reports.

“For an industry that stands for 7% of global carbon dioxide emissions and has been considered hard to abate…this is one of the most important projects in a long time,” said CEO Martin Lindqvist. “We have developed new technology for how to reduce iron-ore to iron, tested it in large scale, and made the first steel products.”

While green steel is still considered a niche product, Lindqvist told Bloomberg he’s seeing rapid growth in customer demand. “Other firms have joined the race to produce the metal emission-free, notably ArcelorMittal SA, which plans to open its own zero-carbon plant by 2025, and Swedish start-up H2 Green Steel, whose production is set to begin in 2024,” the news agency writes.