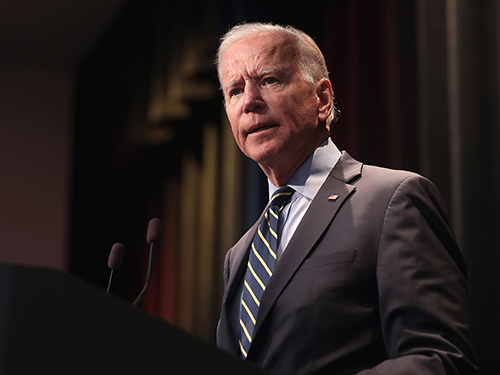 U.S. President Joe Biden on Friday extended tariffs imposed by Donald Trump on most solar panels imported from China and other countries. But in a nod to his efforts to combat climate change and boost clean energy, Biden loosened restrictions on some panels used in large-scale utility projects.

Biden announced a four-year extension on Trump’s tariffs on imported solar cells and panels. But he exempted bifacial panels that can generate electricity on both sides and are now used in many large solar projects, The Associated Press reports. The technology was still emerging when the tariffs were first imposed by Trump.

“By excluding bifacial panels, we will ensure that solar deployment continues at the pace and scale needed to meet the president’s ambitious climate and clean energy targets and create good jobs at home,” the White House said in a statement. Along with clean energy provisions in the still-stalled Build Back Better initiative, the actions on solar power “will enable us to rebuild a sustainable, competitive, and technologically-advanced domestic solar industry,” the release said.

Biden faced a choice among competing constituencies on solar power, a key part of the climate and clean energy agenda, AP says. Labour unions support import restrictions to protect domestic jobs, while the solar industry relies in large part on cheap panels imported from China and other countries, including Vietnam and Malaysia.

The American Clean Power Association, a renewable energy group representing both installers and manufacturers, praised the administration’s decision, calling it “a win for jobs and a win for the President’s climate agenda.”

Abigail Ross Hopper, president and CEO of the Solar Energy Industries Association, which represents solar installers, said she was disappointed with the decision to extend the tariffs on imported solar cells and panels. But she said Biden “arrived at a balanced solution in upholding the exclusion for bifacial panels and increasing the tariff rate quota for cells.”

“Today’s decision recognizes the importance of this innovative technology in helping to improve power output and lower costs in the utility segment,” Hopper said. “It is a massive step forward in producing clean energy in America and in tackling climate change.”

This Associated Press story was republished by The Canadian Press on February 4, 2022.