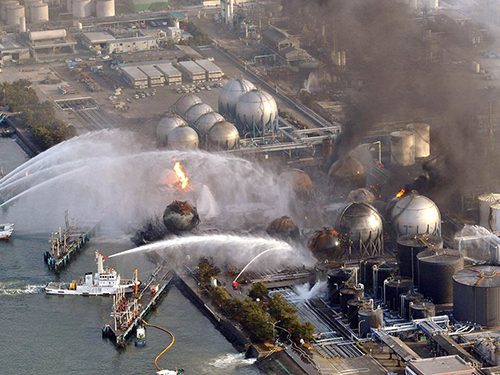 A group of six young people who developed thyroid cancer in the years following the Fukushima nuclear plant disaster are suing the plant operator for US$5.4 million, citing irreparable damage to job prospects and higher education hopes as a result of exposure to radiation from the plant.

Aged between six and 16 when Fukushima suffered catastrophic damage after being hit by a tsunami in March 2011, the plaintiffs believe radiation from the swamped reactors caused their thyroid cancer, reports the BBC. But they may find it challenging to make their case.

While Fukushima was the worst nuclear accident since Chernobyl in 1986, it “has been considered vastly less damaging to local people because far lower quantities of radioactive iodine were released,” the news story states. A 2013 World Health Organization report projected that the meltdown “would not cause any observable increase in cancer rates in the region,” while a 2021 United Nations experts panel which concluded that the reactor meltdown “had not led to any direct health problems for the population.”

Potentially good news for the plaintiffs is the 2018 acknowledgement by the Japanese government that one worker had died from radiation exposure, and that his family should be compensated.

According to the BBC, none of the plaintiffs, now aged between 17 and 27, had family histories of thyroid cancer.

Their lawyer, Kenichi Ido, said some of the plaintiffs—all of whom had to undergo at least partial removals of their thyroid glands—have faced challenges pursuing higher education and getting jobs.

Despite the official position on the site’s safety, most of the people who were evacuated from Fukushima remain doubtful and refuse to return to their homes, more than a decade after the disaster.