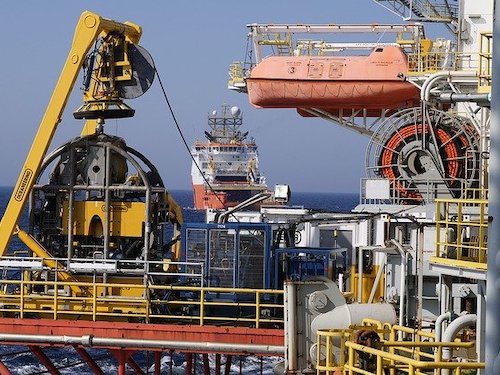 The United Kingdom has approved a new oil and gas field, while French colossal fossil TotalÉnergies has invested US$10 billion to fund a pipeline in Uganda, both moves showing that leaders are willing to set aside their climate pledges in order to expand fossil development.

“The simple fact is that there is no such thing as a climate compatible oil and gas development,” Caroline Rance, a climate and energy campaigner at Friends of the Earth Scotland, told The Guardian. “Climate science is crystal clear that burning fossil fuels is the key driver of the climate crisis, and that there can be no new oil and gas fields anywhere in the world if we’re to limit warming to the 1.5°C limit.”

Although many countries issued climate pledges during the COP 26 summit, a recent analysis by Oil Change International found that even countries that position themselves as “climate leaders” are continuing to develop the oil and gas sector at record-breaking speed.

Last month, the UK Oil and Gas Authority (OGA) approved plans for Israeli-owned Ithaca Energy to develop the Abigail oil and gas field off Scotland’s east coast. Climate advocates say the field’s small gas reserves will do little to support national energy security, but will produce more greenhouse gases while diverting resources that could be used to develop renewable energy.

“The government needs to stop rolling over for the oil and gas industry, stop dishing out licences, and get on with making sure people have access to affordable, renewable energy,” said Tessa Khan, director of Uplift, a group that campaigns for a fossil-free UK.

The OGA, which is also being criticized for using loopholes to avoid “climate checkpoints” for another new development in the North Sea, insists it “will continuously hold the operator to account on emissions reductions as part of our stewardship.”

However, UK oil and gas projects have a poor track record for reining in emissions. The carbon intensity of the country’s oil and gas extraction reached a new high last year, due to the prevalence of mature oilfields with diminishing returns and the practice of flaring unwanted natural gas that releases a coal plant’s worth of emissions each year, writes Unearthed, the investigative news arm of Greenpeace UK.

Rance said the UK government should focus on managing a phaseout of existing fields and ensuring a just transition for workers in the sector.

Total seems similarly inclined to maintain business-as-usual oil and gas development despite its high-profile promises to cut emissions. The company has partnered with the China National Offshore Oil Corporation (Cnooc) to build the world’s longest heated pipeline, while also making Uganda an oil producer for the first time, reports The Financial Times.

The project is the next step in Total’s plans for Uganda since oil was discovered there in 2006. Oil production is expected to start in 2025 and reach 230,000 barrels a day.

Total—which in 2010 announced “an initial $10-billion investment in a series of projects in Iraq to boost oil production, reduce gas flaring, and increase renewable power generation”—says the project is “in line with the company’s strategy of only approving new projects that were ‘low-cost and low commissions’,” the Times writes.

“The development of Lake Albert resources is a major project for Uganda and Tanzania, and our ambition is to make it an exemplary project in terms of shared prosperity and sustainable development,” CEO Patrick Pouyanné said in a statement.

Total also said it had signed a memorandum of understanding with the Ugandan government to explore installation of a gigawatt of renewable power capacity in the country.

However, climate activists have criticized the project’s potential environmental and social impacts and question what effect the pipeline will have on Uganda’s economy, given forecasts that crude oil consumption could peak by 2030, The Times writes.