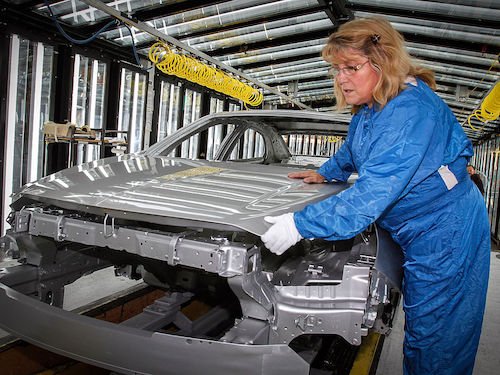 General Motors has announced a US$7-billion deal to build electric vehicle infrastructure in Michigan, signalling that the auto giant and state leaders are adapting to the changing industry to retain jobs and strengthen the region’s economy.

The investment will help make Michigan “the epicentre of the electric vehicle industry,” said GM Chair and CEO Mary Barra at an announcement to legislators, officials, and GM workers.

The giant automaker is planning a new battery production plant just outside Lansing, set to open in 2025, plus electric truck assembly capacity at nearby Lake Orion, beginning in 2024, adding up to GM’s largest single investment ever, reports Bridge Michigan. Orion Township Supervisor Chris Barnett referred to it as “the big one,” predicting that “there will be ripple effects in our community for decades and decades to come.”

The deal has received $666 million in new incentives from the state, plus property tax breaks of $158 million. The incentives consume two-thirds of the state’s billion-dollar fund to subsidize large-scale projects, and helped balance out cost disadvantages facing projects in Michigan compared to other U.S. states.

By securing the investment, Michigan will retain more jobs during a nation-wide shift to electric vehicles that alters the entire auto industry, Bridge Michigan says. U.S. President Joe Biden noted in a statement that GM’s decision is the latest in more than $100 billion in investment over the last year, all focused on EV and battery manufacturing.

GM expects to have 30 electric vehicle models in its product lineup by 2025, and the new manufacturing capacity in Michigan positions the automaker for more control over the supply chain. The two new sites are expected to produce 4,000 jobs, and Michigan Governor Gretchen Whitmer said the investments should generate $35 billion in personal income over the next 20 years for those hired to build and staff the plants.

For many, the investment’s potential recalls an era when GM’s presence drove massive growth in the state before the company filed for bankruptcy in 2009.

Michigan was passed over by GM for several other proposed investments in recent years. The new deal is being celebrated by Democrats and Republicans alike, and labour leaders also cheered the move, with employees “totally elated,” said James Harris, director of United Auto Workers Region 1, representing Lake Orion.