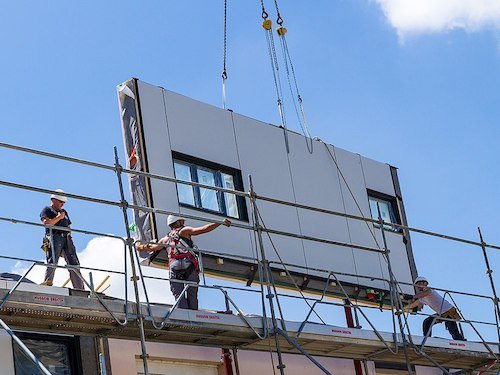 Canada’s next federal budget should include $5 billion to drive new approaches to mass, deep energy retrofits, rather than delaying the country’s Net-Zero Emissions Building Strategy for further refinement, Efficiency Canada argues in a new blog post.

Ottawa “is committed to achieve net-zero emissions from buildings and taking an ‘energiesprong’ approach to retrofits,” writes Policy Director Brendan Haley. “To do that, we need to retrofit almost every building in Canada to be highly energy efficient and to use zero-carbon energy sources,” and which will in turn require “a dramatic scale-up in the number of buildings undergoing comprehensive energy- and GHG-saving improvements.”

It won’t happen, he adds, with programs that rely on traditional financing, incentives, and marketing programs.

While achieving a national retrofit mission will partly be a process of learning by doing, Haley says there’s already enough information and knowledge to get started.

“Finding the right mix of business models, market transformations, and technologies that enable us to accomplish deep retrofits at scale will require a process of discovery,” he writes. But “this does not mean building retrofit policy can be shelved for more study. Indeed, the sooner we launch on-the-ground initiatives, the faster we can trigger new learning about transformative retrofit solutions that are key to informing a national net-zero emissions building strategy that works.”

Haley points to the market development teams charged with delivering on the Netherlands’ successful energiesprong program as an essential piece of the puzzle.

“In the Netherlands, these teams have shown that retrofits can be achieved at lower cost and faster through economies of scale and coordination, which has led other jurisdictions like France, the UK, and New York State to launch their own at-scale retrofit initiatives,” he writes. Now, “it will be important to create these teams in Canada as soon as possible, because it will likely take at least a year for the teams to undertake adequate planning and community outreach. Developing transformative retrofit projects will require significant up-front efforts for design and community outreach and supply-demand coordination, or else they will end up falling back onto standard ways of doing things.”

An initial $5-billion investment in the upcoming federal budget, Efficiency Canada says, would get the program rolling and begin refining it based on the market development teams’ front-line experience.

“The whole idea behind energiesprong is that markets are transformed when they scale,” Haley says, but “truly game-changing retrofit approaches are unlikely to fit within the parameters of existing government programs which will have restrictive budget cut-offs, an inability to consider multiple benefits, or difficulty shouldering risks associated with new technologies or business models.”

Gas Stoves Leak Methane Even When Turned Off, Study Finds