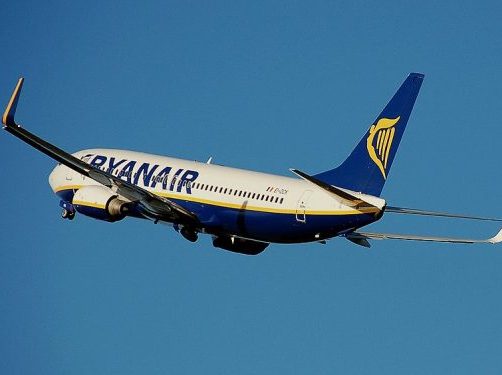 Major European air carriers Air France-KLM, Ryanair, easyJet, and Deutsche Post-DHL and a cross-section of non-government organizations have signed on to a joint declaration to speed up renewable fuels adoption in aviation.

The Fuelling Flight Initiative [pdf] is meant to support and strengthen a European Commission initiative, ReFuelEU, which would “spur aviation’s take-up of renewable energy, which so far has developed much more slowly in this industry than in others including automotive and power,” Brussels-based Transport & Environment says in a release.

The initiative, originally convened by the European Climate Foundation (ECF) and ClimeWorks Foundation, commends the Commission for leaving food and feed crop-based biofuels out of the draft law, T&E writes. But the groups call for tougher targets for e-kerosene adoption, financial support with strict sustainability criteria for new biofuel feedstocks, creation of a new industry alliance to drive research and development, and a comprehensive sustainable aviation fuel (SAF) registry for suppliers.

The current draft law “introduces an obligation on jet fuel suppliers to blend a growing share of SAFs (both advanced biofuels and e-kerosene) into fuel provided to airports in Europe,” Business Traveller writes. “That obligation covering both types of fuels starts in 2025 at 2%, and grows to 5% in 2030 and further beyond that.” But the 2030 target consists of 4.3% advanced biofuels and only 0.7% e-kerosene, which BT cites as “the only fuel type which can be sustainably scaled up to meet the fuel demands of the sector.”

The Fuelling Flight Initiative aims to shift the balance between the two, arguing that the availability of advanced biofuels is limited and their environmental and climate impacts are often a problem. “ReFuelEU Aviation should be more ambitious about the scale and timing of e-kerosene deployment, including an earlier start, if sufficient green hydrogen and renewable electricity becomes available,” the consensus statement says. “This will contribute to certainty for investors and producers to scale up production.”

“Europe urgently needs to provide investment security for the most sustainable aviation fuels, while avoiding the risk of lock-in to those fuels that have no place in our zero-emissions future,” said Pete Harrison, ECF’s executive director for EU policy. “By joining forces, our diverse group has been able to craft future-proof guidance.”