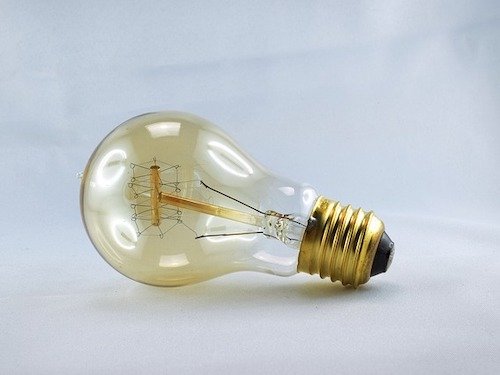 America’s poor pay the most to light their homes—both at the till and on their electricity bills—as lower-end retailers continue to sell the inefficient incandescent bulbs that have been replaced by energy-saving LEDs in stores serving more affluent neighbourhoods.

Not only are LED bulbs less available in poorer areas, they also cost on average $2.50 more per bulb than in wealthier communities, writes the New York Times, citing a Michigan study.

The old-fashioned, inefficient bulbs continue to prevail in dollar stores and convenience stores across America because light bulb manufacturers made a concerted effort to stall energy efficiency standards during the Trump presidency, according to the Times. These same manufacturers agreed to eliminate incandescents in the European Union. But in the United States, the Trump administration lost ground in 2019, blocking a rule meant to phase out the older bulb—calling it unnecessary and an impediment to consumer choice, according to the Times.

At the time, the wannabe reality TV star then occupying the White House objected to energy-efficient bulbs on grounds that they made his skin look orange.

Had the Trump administration not caved to industry pressure and its fearless leader’s narcissism, store shelves would have been virtually empty of incandescents by now, thanks to the incremental progress of national light bulb efficiency standards that have been on the books since 2007.

And that transformation would have meant big savings for the consumer. Citing calculations by the Natural Resources Defense Council, the Times writes that over the longer life of an LED, savings can range from $50 to more than $150 per bulb—a fair chunk of change given that the average American home contains 52 bulbs.

LEDs produce savings at the meter, as well, with a typical 60-watt incandescent bulb using as much as 12 times the electricity of a five-watt LED to deliver the same amount of light.”

Those savings add up, as well, the Times notes, given that lighting accounts for as much as a fifth of the average American household’s electricity bill—and even more for minority communities.

While the Biden administration has moved to reinstate the efficiency standards hamstrung by Trump, lobbying continues apace, with manufacturers urging more time to make the shift away from incandescents.

The Times notes that every additional month the bulbs are sold will mean $300 million in lost energy savings for American consumers and 800,000 tons (725,000 tonnes) of carbon dioxide emissions.

“That’s equivalent to emissions from almost 200,000 passenger cars driven for a year,” the Times says.

As America’s poorest neighborhoods continue to reap the consequences of Trump’s disdain for efficiency standards, UK households are paying for then-prime minister David Cameron’s short-sighted promise in 2013 to “cut the green crap”— the levies applied to energy bills to help finance the energy transition. Citing recent analysis by the Energy and Climate Intelligence United (ECIU), The Independent reports that fallout from that announcement included a sharp drop in the number of homes insulated every year across the country.

Poor insulation translates into a spike of around £170 (roughly C$290) on individual home heating bills when energy prices rise this spring.

Had home insulation continued at its pre-Cameron pace, UK homeowners would have saved £1.5 billion this coming fiscal year, an equivalent of C$2.5 billion.