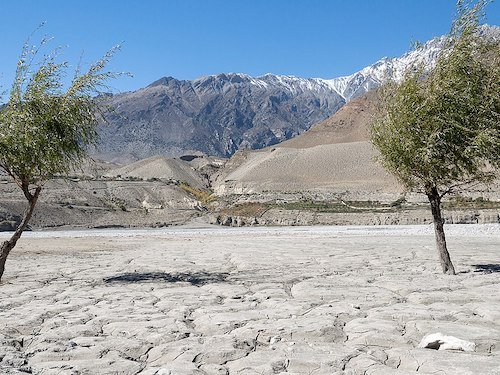 Food insecurity brought on by the climate crisis is putting more girls in Nepal at risk of child marriage, even as the government pushes to eliminate the practice by 2030.

“Families that rely on farming are struggling to cope with a succession of droughts and floods that have destroyed their harvests,” writes the Globe and Mail, “driving them to marry off their daughters.”

Though child marriage is a punishable offence in Nepal, it remains a grim reality, especially for those living in rural parts of the country, says the Globe. And it is becoming more commonplace, as the practice leaves the bride’s family with one less mouth to feed, and the groom’s family with an extra pair of hands in the field.

The tragic narrative is most common in the western part of the country, which “endured a drought from October, 2020, to February, 2021, followed by deadly forest fires in April,” followed in turn by unseasonal October rains which pushed “more families already in a precarious situation further over the edge.”

20-year-old Sita Kumari told the Globe it was crop-destroying drought and wildfire right after the death of her father that forced her to marry a stranger five years ago. “I was married to escape the poverty,” she said.

Marriage has brought no such escape, however. Now the mother of a one-month-old baby girl, Kumari depends on the meagre US$600 her husband struggles to earn each year, working away from home in India, just as Kumari’s father was doing when he died.

The Nepalese government says it is determined to eliminate child marriage within its borders by the end of the decade. Raghu Ram of Nepal’s Ministry of Women, Children and Social Welfare told the Globe that federal authorities are taking “climate-resilient and gender-responsive” measures to educate children and their parents on the need to end the practice. Also in the works, “research to help authorities formulate an action plan to achieve their goal.”