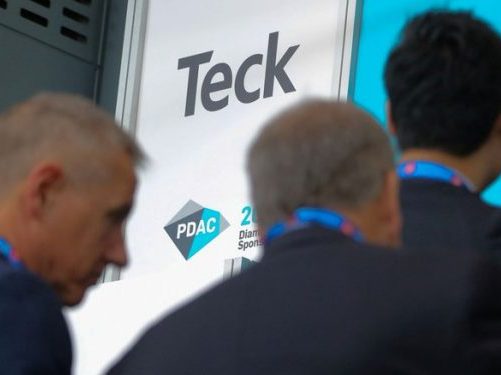 Teck Resources Ltd. said Friday that its coal sales for the last three months of 2021 fell below a target that had already been reduced due to severe weather, after a bout of extreme cold interrupted rail service and port activities.

The Vancouver-based company also warned that the continuing COVID-19 pandemic was driving up costs and could disrupt production. Teck shares lost 5.7% of their value in mid-Friday morning trading on the Toronto Stock Exchange, The Canadian Press reports.

Teck said steelmaking coal sales for the fourth quarter came in at 5.1 million tonnes, below the 5.2 to 5.7 million tonnes in its revised guidance it issued December 5 after record rainfall in B.C. knocked out rail lines and roads. Until then, the company was expecting to ship 6.4 to 6.8 million tonnes for the quarter.

Teck said coal production at its Elk Valley mine wasn’t affected by the November events because inventories at its operations were low at the time. But the subsequent cold snap led to near-record inventories and the company could be forced to reduce production if there are further transportation bottlenecks.

Those disruptions have also increased costs at its operations. Teck said higher steelmaking coal prices should offset those costs, and it expects to substantially make up the lost sales volume in the first half of this year.

Teck also said the Omicron variant of COVID-19 is leading to increased staff absences at its coal operations in B.C. as well as at its QB2 project in Chile, CP writes.

National Bank analyst Shane Nagle said in a note to investors that while Teck still reported record results in its fourth quarter, he expects earnings to take a hit. But an expansion of its Neptune terminal in North Vancouver and record coal prices should also help the company.

“Teck’s strong balance sheet, cost reduction initiatives, organic growth within the copper division, and long-term commitment to returning capital to shareholders are all supportive of a higher valuation than currently ascribed by the market,” Nagle wrote.

This report by The Canadian Press was first published January 28, 2022.